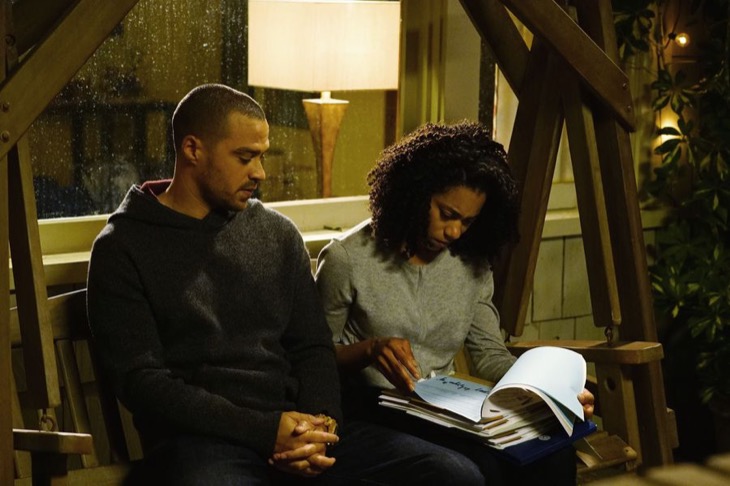 Grey’s Anatomy spoilers tease that Maggie (Kelly McCreary) and Jackson Avery (Jesse Williams) could be over. Ove the past season, the Grey’s fans have not been kind or supportive of “Jaggie,” so it isn’t a huge shocker that the relationship is already stale. So, what do we know about their relationship status right now?

Maggie saw a text from another woman on Jackson’s phone that said, “miss you.” It was enough to send Maggie reeling. She questioned him, and he revealed she is a woman he met that also lost a child. He said he enjoyed talking to someone about his loss and having her understand how he felt. Then, Maggie asked him the question that stopped her in her tracks, “who else have you been talking to?”

Jackson revealed that he’s been talking to April lately. He disclosed that she is happily married to Matthew so there is nothing going on, but it is nice to talk to her about faith and losing their child. Maggie did not understand why he’d talk to another woman or reach out to his ex-wife. She stormed out of Jackson’s place to run to Meredith’s (Ellen Pompeo) place with tears streaming down her face. She tearfully cries, “I think my relationship with Jackson is over!”

While there is no telling what will happen on the next episode, Jesse Williams felt confident that “Jaggie” may have run its course. He wasn’t sure how they could piece the relationship back together. He had hoped the writers would breathe new life into it, but he’s prepared to move on without Maggie by his side.

“You are five steps ahead of me and I don’t know how to catch up…” #GreysAnatomy pic.twitter.com/zvGLArmXXx

Grey’s fans, are you happy that Maggie and Jackson could be over? Don’t forget to come back for more Grey’s Anatomy spoilers, news, and casting news!

General Hospital Rumors: Ryan Captured Felicia, Has Her Stashed For A Later Kill?