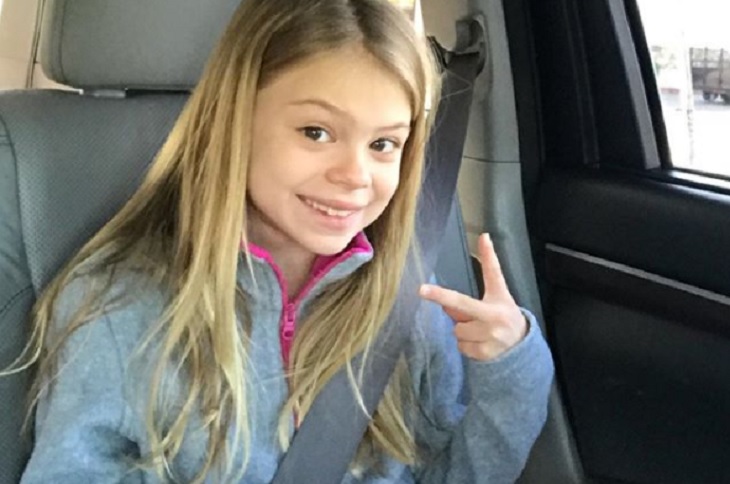 It looks like this General Hospital cutie is making the jump to primetime! There are new reports that say fan favorite Scarlett Fernandez has just landed a brand new and exciting role.

The pint-sized actress is best known for her role as Charlotte in Port Charles. And while there’s no doubt that Scarlett’s fans definitely miss seeing her on General Hospital, they are going to be surprised to hear about this!

The young actress has just landed a new role on American Horror Story, and it’s one that she is super stoked about. From what we know so far, Scarlett will make her guest appearance on the series on October 17, 2018, in the sixth episode.American Horror Story Season 8 premiered on September 12, 2018.

It’s without a doubt that fans can’t wait to see her in her new role. And while it does seem that Scarlett will do well in primetime, her fans would love to see her back on daytime television, too. While there are a lot of actors that manage to pull in double duty on both shows, let’s not forget that Scarlett still has her studies!

Even though she’s already a successful child actress, her parents have made it pretty clear that her school work is pretty important, too. Either way, we will definitely be on the lookout, should she return to Port Charles.

The Young and The Restless Comings and Goings: CBS Soap Searching For New Leading Lady