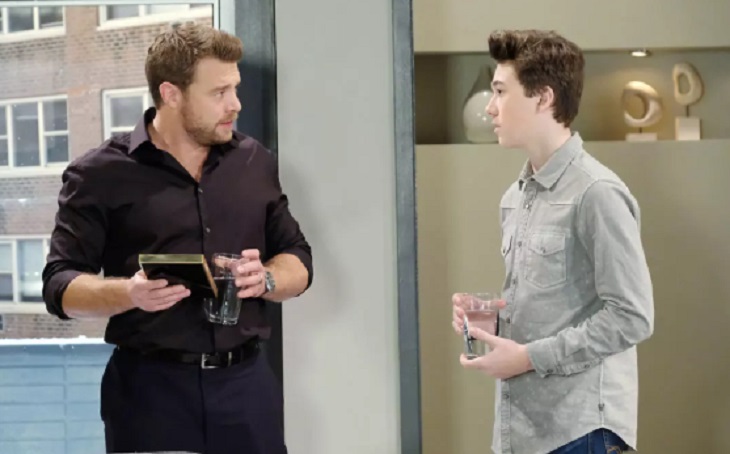 Drew Cain [Billy Miller] is now in a position that no parent would ever want to be in. General Hospital spoilers indicate that Drew wants to come clean with Oscar about the truth. After Kim [Tamara Braun] has kept everyone in the dark about their son’s diagnosis, Drew believes it’s time to tell Oscar that he is indeed dying from a fatal brain cancer.

According to ABC Soaps in Depth, Kim is upset that Drew told Sam [Kelly Monaco] about the news, who is also questioning whether they are making the right decision by keeping Oscar in the dark about his cancer.

General Hospital co-head writer Shelly Altman puts it this way, “Kim has lived with this unfortunate news for much longer than Drew had. Her philosophy has been that she wants Oscar to have a normal a life as possible, and if he is aware of his condition, that will change everything, not only for him, but in all his relationships with everyone else.”

Drew, meanwhile is looking at things from a different perspective. He knows that his time with Oscar is limited and that the young boy doesn’t deserve to be the last person to know about his cancer.

Shelly explained, “With the knowledge that Oscar may not have hears and years ahead of him, maybe he should be the one to decide how he spends that time. Additionally, what kind of normal life is this kid having when they both know the truth? They are not acting normal around him.”

Days of Our Lives Spoilers: Marlena Wakes Up As Hattie – Real Marlena’s Missing