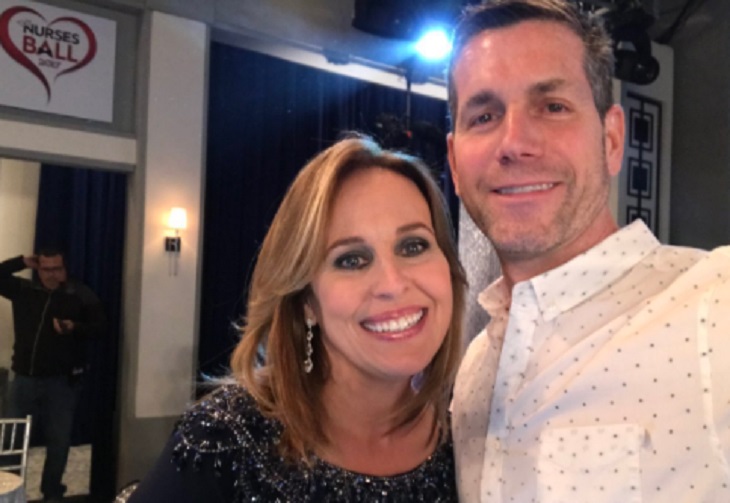 In the weeks following the shocking General Hospital casting news, it was a pretty hot topic on social media, and GH fans needed someone to blame – they set their sights on Executive Producer Frank Valentini.

Genie Francis has been pretty silent on the controversial casting situation, but she addressed the issue on Twitter today and made it very clear that GH fans were attacking the wrong person.  If anything, Frank Valentini was actually the reason her character was brought back to Port Charles in the first place.

Genie shared a photo of herself and Frank together to show a united front, and encouraged fans to back off of him.

It’s been painful for me to see @valentinifrank receive so much of the blame for the decision to take me off contract. No one fought harder to re-establish Laura on @GeneralHospital. He has always been my champion & I don’t believe he took any pleasure in seeing Laura diminished. pic.twitter.com/O0fmxvM62W

If it wasn’t Frank’s doing, then who is to blame for Genie being bumped to recurring status?  Especially since she has said it was not what she wanted either?

MUST WATCH: The Bold And The Beautiful Preview Video Tuesday March 13