General Hospital Spoilers: Ryan Targets Jordan As Next Victim By Throwing Her Off His Trail 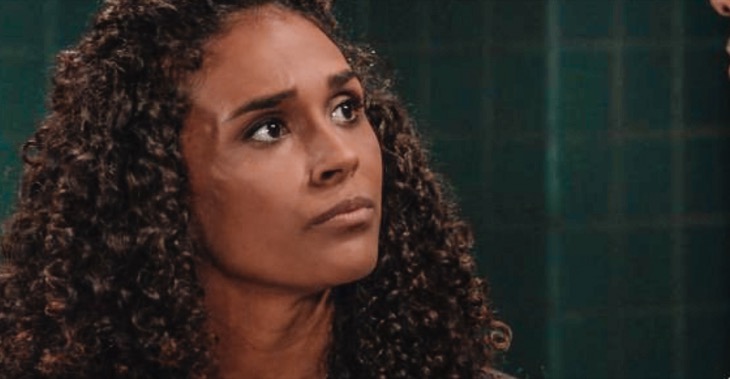 General Hospital spoilers say that Ryan Chamberlain (Jon Lindstrom), masquerading as his twin Dr. Kevin Collins, will be keeping a close eye on Jordan Ashford (Briana Nicole Henry)! In the episode of November 15th, she called him into her office to ask questions about the Trick and Treat killer because of his expertise and experience.

Little does she know it IS his own expertise and experience as a serial killer, and not Kevin’s with studying him and other serial killers! Today he actually targeted Jordan as his victim by throwing her off his trail!

GH Spoilers – Ryan Works To Throw Jordan Off His Trail

He told her that “this killer” planned and selected his victims carefully, and did not make random kills, and General Hospital viewers could see that he was actually planning and selecting HER as a victim while throwing her off his trail!

Ryan does indeed make unplanned kills if he needs to get rid of a person who comes too close to the truth about him and becomes a threat, as Mary Pat Ingles (Patricia Bethune) did! In addition, there is no proof that he doesn’t make random kills if a victim of opportunity angers him!

General Hospital Spoilers Jordan Knows Too Much About Ryan

Jordan is too smart and knows too much already about Ryan from reading Kevin’s papers and studies about him, and that’s why she is dangerous to him. She even mentioned that planting Carly Corinthos’ (Laura Wright) hair in Mary Pat’s hand and posing her body in Ava Jerome’s (Maura West) gallery could be the murderer’s attempt to divert suspicion away from himself!

General Hospital Spoilers: Can Ava Escape the Police? Ryan Helps Her To Prove His Love

GH Spoilers – Could Ryan Be Planning A Surprise

Jordan and Curtis Ashford (Donnell Turner) are trying to get married on Thanksgiving, which is coming up soon. Could Ryan be planning to bomb their wedding like he did Mac and Felicia Scorpio’s (John J. York, Kristina Wagner) years ago? Or is he envisioning something much more bizarre, like posing Jordan’s dead body inside of her wedding cake? Stay tuned to GH and keep reading General Hospital spoilers frequently to see who stays one step ahead, Ryan or Jordan!