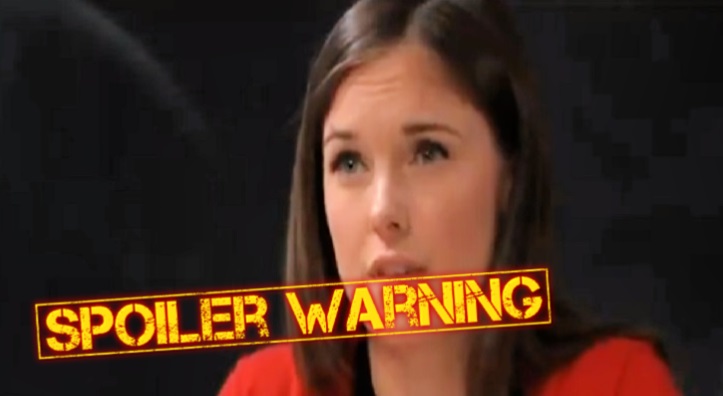 “General Hospital” spoilers for Friday, November 16, tease that Ava (Maura West) will enjoy another conversation with “Kevin” aka Ryan (Jon Lindstrom). Now that “Kevin” is no longer seeing Ava as a patient, he’ll think they can get even closer. Ava will be intrigued by a suggestion “Kevin” makes on Friday. He’ll comment on her problem and hint that he’s got the perfect cure.

Ryan will probably think he can take Ava’s mind off her troubles – or at least turn her troubles into something positive. What he views as positive anyway! In reality, Ryan’s only fueling Ava’s dark desires. He’s pulling her into a dangerous web and that can only mean bad news.

At GH, Kiki (Hayley Erin) will rant about Sasha (Sofia Mattsson). She’ll tell Griffin (Matt Cohen) what she intends to do about her “sister.” Kiki will feel like Sasha should understand the truth of the matter. She’ll want to make it clear that Griffin’s off-limits, so that’s exactly what she’ll do. Of course, Sasha will insist Kiki’s got it all wrong. She’ll try to shut down Kiki’s accusations, so this mess will get messier.

FOR A LIMITED TIME: Binge the best episodes #CarSon fans could ask for! Click to watch, it’s that easy: https://t.co/Zqb3qcDJV0 #GH55 pic.twitter.com/UFUQvrEdqs

Other “General Hospital” spoilers say Valentin (James Patrick Stuart) will be cold with Nina (Michelle Stafford). After she continues to push him away, Valentin will snap at her. He’ll contend that they don’t owe each other any explanations, so Nina’s free to do whatever she wants.

Nina will look taken aback by Valentin’s attitude, but she’ll probably give it right back. These two are still in love, but that hasn’t been enough to spark a reunion so far. Instead, they’ll face tension and attempt to navigate it.

Valentin will likely be summoned to Charlotte’s (Scarlett Fernandez) school soon enough. Willow (Katelyn MacMullen) just called Lulu (Emme Rylan) in for a meeting, so she’ll stir up some concerns. Lulu will want to know what this is about, but Willow would prefer to wait on Valentin. She’ll think it’d be best to have both parents on hand on this bullying discussion.

At the Metro Court, Sam (Kelly Monaco) will spot Michael (Chad Duell) and sit down to chat with him. It won’t be long until Jason (Steve Burton) appears, too. At that point, Michael will get a little suspicious. He’ll ask Jason and Sam if this is a coincidence or some kind of ambush. It’s probably the former, but Michael will insist he’s OK either way. He won’t want them to worry about his mental state.

Thanks to that bereavement group and his new friendship with Willow, Michael seems to be doing a bit better. He’ll build on that and possibly make his move with Willow eventually, but Chase (Josh Swickard) could serve as an obstacle. Over with Margaux (Elizabeth Hendrickson), she’ll hear Sonny’s (Maurice Benard) plea. He’ll want to end their drama once and for all, but Margaux will scoff at that. 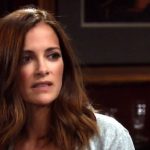 Sonny will keep pushing, but Margaux will want to know what happens if she doesn’t cooperate. She’ll ask if Sonny plans to kill her, but she won’t have any real fears. “General Hospital” spoilers say some shockers are ahead for these two, so stay tuned.

It sounds like another fantastic episode’s on the way. We’ll give you updates as other details and rumors emerge. Stick with ABC’s GH and don’t forget to check Soap Opera Spy often for the latest “General Hospital” spoilers, rumors, updates and news.