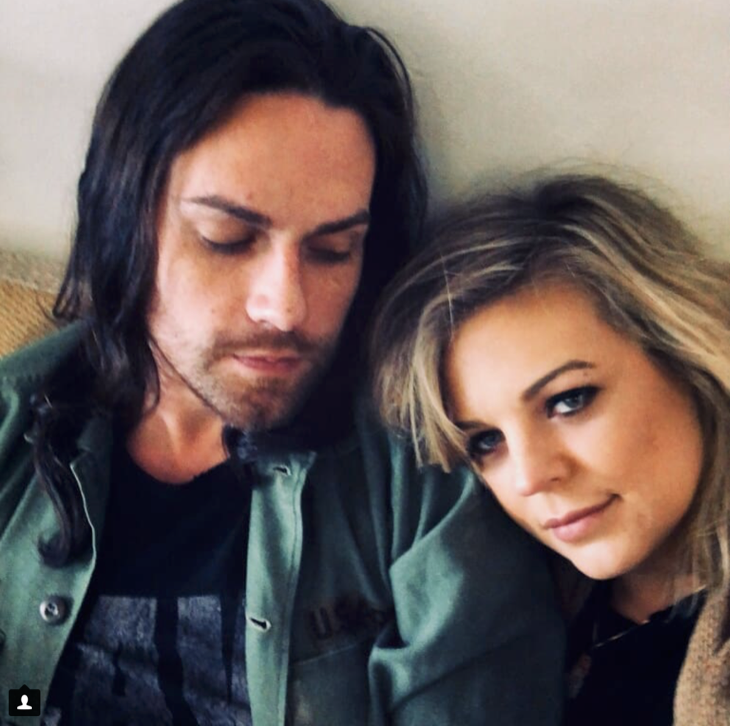 It looks like General Hospital star Kirsten Storms has gone back to the arms of a former lover. But no, it’s not what you think. While she has been spending a lot of time with her ex-husband Brandon Barash, she’s actually getting up close and personal with another one of her exes.

When your man goes with you to the nail salon. 🙌🏼 @eliaspaulreidy ❤️

Kirsten has been very quiet about her rekindled relationship with her ex-beau Elias Paul Reidy, although she has been sharing photos of the couple on her Instagram account. Elias has been doing the same thing too, signaling that they are definitely in each other’s lives once again. And from what we can tell, they look very happy in each other’s company. Kirsten and Elias dated for four years before she married Brandon Barash in 2013.

Meanwhile, Kirsten has been making it no secret that she and her ex-husband Brandon Barash have been doing a great job of co-parenting together. She has even shared a few selfies of the two in action, prompting many of her fans to wonder if they will ever get back together again. They are always at each other’s houses several times a week. She even shared one photo of the ex-couple with the caption, “We get along well enough to have lunch together. #Blessed.”

Unfortunately, it doesn’t look like Kirsten is interested in giving her marriage to Brandon a second chance. That’s because Kirsten is spending more time with her ex-boyfriend than her ex-husband these days. Kirsten and Brandon parted ways back in 2016, citing irreconcilable differences after four years of marriage. Together they co-parent their 3-year-old daughter Harper Rose.

General Hospital airs weekdays on the ABC network. Drop us a line with your thoughts in our comments section below. Also, don’t forget to check back with Soap Opera Spy for all the latest news and updates on Kirsten Storms and General Hospital spoilers right here!