General Hospital Spoilers: Michael, Chase, and Jordan Plan To Corner Nelle And Take Her Down For Good 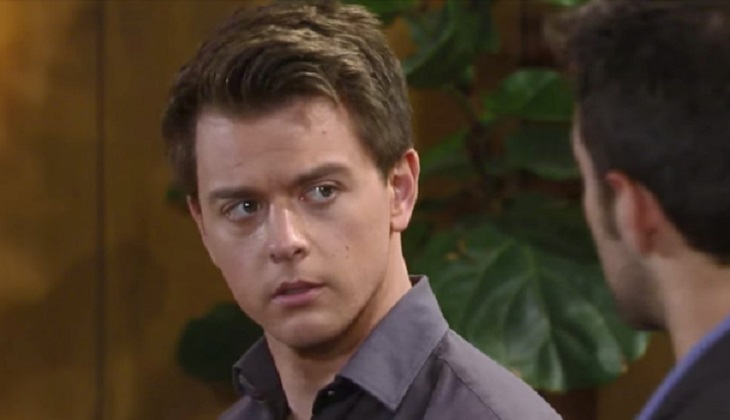 General Hospital spoilers indicate that the walls are closing in on Nelle Hayes [Chloe Lanier]. That is, if Michael [Chad Duell] will be able to execute a plan to make her confess to her dark and twisted plan to get rid of his mother, Carly [Laura Wright], so she can settle into life with him and their baby.

It all begins when Chase [Josh Swickard] tells Jordan about his plan to get Nelle. It doesn’t take much to convince Jordan [Vinessa Antoine], as she’s all in, no matter what will happen. The plan, of course, also includes Michael. It’s a risky one, but Michael doesn’t even flinch. He even offers a solution. Now it’s only a matter of who will make themselves a decoy to sniff out Nelle once and for all.

Carly Corinthos  is still at Ferncliff but unfortunately, her husband Sonny [Maurice Benard] isn’t all that concerned. He has other things in mind, particularly that body he buried in Croton. He tells Jason about his concerns and Jason Morgan [Steve Burton] tells him not to worry because he’s hot everything under control.

Elsewhere, Kiki and Griffin decide on whether they should come clean about what happened at the Nurses Ball while Maxie bonds with her former best friend over her new bundle of joy and the good times they once had together. So does this mean that Maxie has forgiven Lulu for everything that has happened before Nathan’s death? Fans will find out soon enough!

General Hospital airs weekdays on the ABC network. Drop us a line with your thoughts in our comments section below. And as always, don’t forget to check back with Soap Opera Spy for all the latest news, updates and spoilers on General Hospital and all of your favorite daytime television shows right here!

The Young and the Restless (YR) Spoilers: Neil Shuts Hilary Down – Grieving Nate Caring for Victor