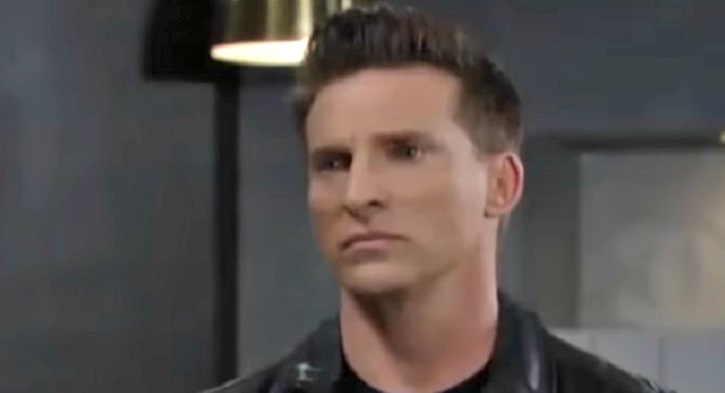 General Hospital (GH) spoilers for Friday, February 2, 2018 show that GH fans are in for a lot of more drama and tears as Port Charles citizens grieve for the loss of their beloved husband, brother and one of the boys in blue, Detective Nathan West (Ryan Paevey).

GH spoilers tease Maxie Jones (Kirsten Storms) wakes up suddenly in bed with husband, Nathan in bed smiling beside her, wishing her a good morning.  Maxie looks shocked as she calls his name.  Her sister-in-law, Nina Reeves (Michelle Stafford)m who has been a huge support to her, comes to see her at her apartment and gently reminds her that Nathan is gone.

Related: General Hospital RUMOR: Is Genie Francis Returning To The Young And The Restless?

At Kelly’s, Michael Corinthos (Chad Duell) runs into Kiki Jerome (Hayley Erin) who is holding their little sister, Avery (Ava and Grace Scarola) close to her.  He wants to know if everything is okay, as it is appears she has been rattled by something.  What has gotten Kiki so upset?

GH sources show Ava Jerome (Maura West) sitting with Nelle Benson (Chloe Lanier) at the Metro Court bar, issuing a dire warning.  She reminds her that anything Carly Corinthos (Laura Wright) can use against her, she will.  Now that Carly knows Nelle has spent time in a psychiatric facility after her fiance Zach mysteriously died, could she use that against her to take her baby away from her?

General Hospital spoilers reveal Carly is at home with Sonny Corinthos (Maurice Benard), she is very concerned with whatever he has planned, and is pleading with him that if he thinks there is going to be trouble, he needs to take Jason Morgan (Steve Burton) with him.

LOVE GENERAL HOSPITAL? SIGN UP FOR OUR EXCLUSIVE GH NEWSLETTER!

Be sure to tune into ABC’s General Hospital (GH) on Friday, February 2, 2018 to catch up on all these exciting stories and so much more happening in Port Charles right now.  Check Soap Opera Spy often for updates, news, rumors and spoilers!