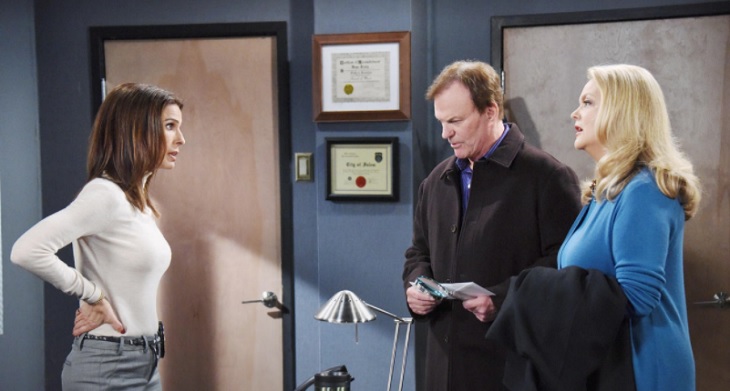 “Days of Our Lives” spoilers for Friday, February 2, tease that Hope (Kristian Alfonso) will wonder what Will’s (Chandler Massey) got on his mind. He just showed up to share big news about John (Drake Hogestyn), but he may not reveal the whole story. Will could easily hold off or face an unexpected interruption.

Regardless, it looks like Will’s going to continue this investigation on his own. He’ll even leave Paul (Christopher Sean) out of the loop next week. When Will goes rogue, he’ll land in hot water! Stick with DOOL to see all the danger ahead.

In the meantime, Hope will learn some surprising info. Roman (Josh Taylor) and Anna (Leann Hunley) will provide a new suspect for Hope to mull over. Thanks to John’s updates, they’ll be able to make the case for another killer. It seems likely that Hattie (Deidre Hall) will be their suggestion.

“Days” fans know that Andre duped Hattie and led to her lengthy stint behind bars. Hattie was later released, but her doppelganger scheme led to more jail time. For whatever reason, Hattie’s now out of the slammer. She’ll show up at Andre’s (Thaao Penghlis) funeral, so expect some crazy drama.

Later, Rafe (Galen Gering) will do some digging. The security footage will still be bugging him. Several suspects emerged on the tape, but it suddenly cut off toward the end. “Days of Our Lives” spoilers say Rafe will have questions about that. He’ll ask if Stefan (Tyler Christopher) can offer an explanation.

Stefan will undoubtedly claim it was some error beyond his control. In reality, the footage was altered. Stefan told Vivian (Louise Sorel) that he covered their tracks, so that’s probably what he was referring to. However, there’s much more to come in this “Days of Our Lives” mystery. It would be far too easy if Vivian and Stefan were truly responsible.

It sounds like some great scenes are in the works. We’ll keep you posted as other “Days” details and rumors come in. Stay tuned to DOOL and don’t forget to check Soap Opera Spy often for the latest “Days of Our Lives” spoilers, rumors, updates and news.