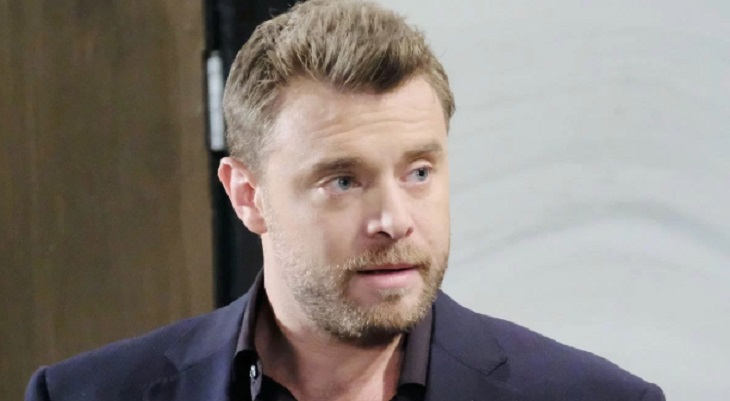 General Hospital spoilers tease that Drew Cain (Billy Miller) will either initially turn down the flash drive with the memory mapping program from Margaux Dawson (Elizabeth Hendrickson) or at least not do anything with it if he does accept it for quite a while. Even though General Hospital spoilers say that Drew will eventually get his memories back, there are risks.

Drew was told he could either lose his memory ability entirely or lose the memories of his time in Port Charles…neither of which risks he’s willing to take right now. As of the last time Drew spoke to anyone about the possible regaining of his own memories by using the program, he said he had resigned himself to living his new life with his new memories that he does have, and leaving his past memories in the past.

Margaux obviously is trying to change her ways and since she’s given up her vendetta about her late father, she’s just trying to make peace with and amends to Drew if possible after trying to get him to incriminate his brother Jason Morgan (Steve Burton) using Drew’s Jason memories. She has no more use for the drive, so why not just give it to Drew? He doesn’t have to use it; he just has to take it!

There are plenty of memories that Drew knows of that he doesn’t necessarily want to be able to remember the experiences of. Memories of fear and abuse from Jim Harvey (Greg Evigan) and falling down the stairs as a child certainly wouldn’t be something he’d care to remember other than mentally having knowledge of, and neither would any torture and conditioning by Helena Cassadine (Constance Towers) when she was trying to make him “her toy soldier!”

There could even be some secrets Kim Nero (Tamara Braun) is holding of her own from her time with Drew that she wouldn’t want him to remember; and obviously there are Navy Seal secrets Drew would have.

The next few months on GH should bring these secrets to the forefront, stay tuned to the show and keep checking General Hospital spoilers frequently to see how Drew deals with them, once they have surfaced!