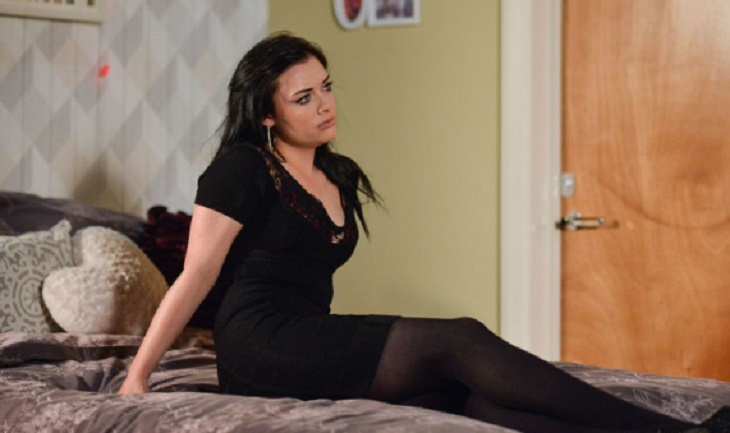 A sweet surprise comes Whitney’s way on EastEnders in the coming 2019 storyline. Spoilers say she might be expecting a baby and Halfway could be the father. But is this something unplanned or even unwanted?

Well, EastEnders previous episodes portray a beautiful Whitney who loves children. She even wanted to be called “Auntie” by every kid she meets around, which shows that she would really make a good mother someday.

However, amid her possible pregnancy are her apprehensions on whether Halfway would be happy to move their relationship to the next level. They’ve been through a rollercoaster ride and managed to get out of it together, but it seems that there’s another challenge waiting for them.

EastEnders Spoilers – Is Halfway Ready To Be A Dad?

Halfway’s possible reaction alone on the news might already invite doubts on Whitney’s part. How much more after she has taken a pregnancy test?

Well, everyone knows how Halfway gave his best shot just to win Whitney’s heart even against all odds. So, Halfway’s negative response on the matter might be something everyone will not see coming. “EastEnders” spoilers tease that Halfway’s response to the possibility that Whitney is carrying a child would surprise Whitney.

Meanwhile, what about Whitney? Should the pregnancy test result be positive, is she really ready to become a parent, or a single parent, for that matter?

Elsewhere on “EastEnders,” Phil Mitchell, despite being ‘the Walford hardman’, still feels threatened by Ray Kelly’s assertions. “EastEnders” spoilers reveal that Ray is trying to convince Phil to join him in his schemes, of which Phil declines. This ignites the feud between them, especially when the latter makes it clear to Ray that he has no interest in joining him in his fiendish plans.

Unwilling to accept rejection, Ray makes a suspicious phone call to someone. When he reverts to Phil, he attack him with threatening remarks. He even gave Ray an ultimatum that will surely set both of them on a violent course.

Let us see how “EastEnders’” next scenes show how the two would clash.

Days Of Our Lives Spoilers: Gabby Schemes To Run Away With Baby Charlotte – Will She Succeed?