General Hospital Spoilers: Carly Works With Spinelli To Get Dirt On Margaux’s Dad 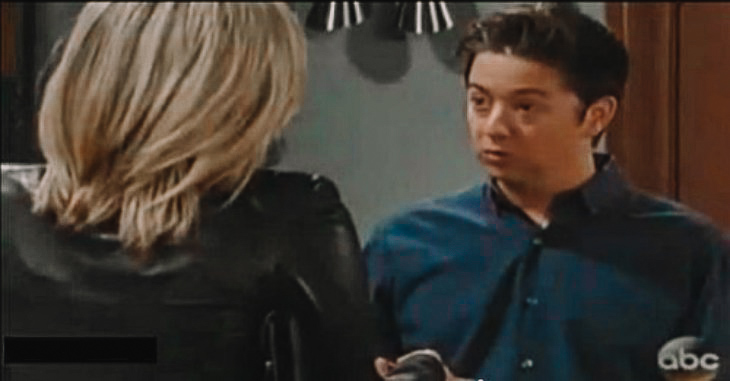 General Hospital spoilers tease that Carly Corinthos (Laura Wright) with the probable help of Damian Spinelli (Bradford Anderson) will dig up some doozy dirt on Vincent Marino that will burst DA Margaux Dawson’s (Elizabeth Hendrickson) Daddy bubble! Margaux barely remembers her father, he disappeared when she was a toddler and she obviously has a fantasy daddy memory where he was her hero and could do no wrong!

Carly told Jason Morgan (Steve Burton) that she intended to dig deep to have enough leverage to diffuse Dawson’s vendetta against Sonny Corinthos (Maurice Benard). She figured that if she could burst her fantasy daddy-do-no-wrong bubble, Margaux wouldn’t have as much of a motivation to take Sonny down, and possibly Mike Corbin (Max Gail) as well for the hit. Jordan Ashford (Briana Nicole Henry) even had to try to calm Margaux down and tell her to back off from Mike, and to recuse herself from the case because she was too close to it!

The kind of dirt Carly will be looking for is the ugliest provable, well-documented dirt possible to show Margaux exactly what her daddy was, and what he wasn’t! More than likely Margaux and probably her mom didn’t know about Vincent’s actual job, which was a mob lawyer. In Margaux’s idealized image of him, she probably believes her father worked for mobster Joe Scully (Robert Miano) as a plant, someone who infiltrates the mob in order to take the mobster down.

Carly intends to find and prove that he was nothing of the sort; she will be looking for tax evasion records, money laundering for Scully, evidence of his hiding and covering up Scully’s crimes, and even mistresses! Who knows, Carly may even find Margaux some family she never knew she had in the form of her father’s mistresses’ children!

Margaux will be no doubt very disappointed when she is presented with undeniable proof that her father was not the saint she thinks he was, and probably very angry! Keep watching GH and checking General Hospital spoilers frequently to see how the expose’ of Vincent Marino evolves!