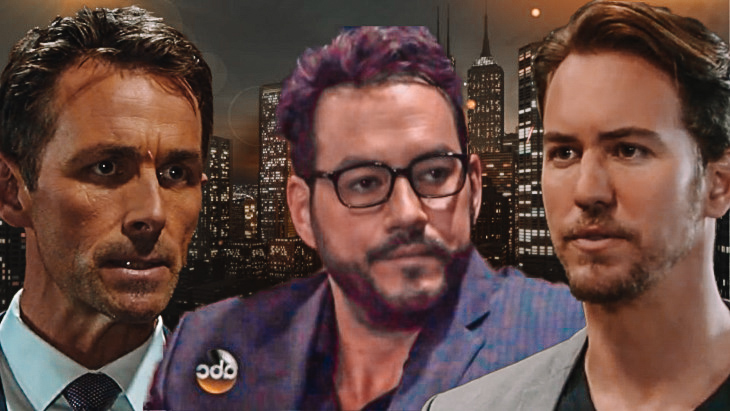 Why is everyone so forgiving on this show? Especially with Peter’s actions #GH except Laura.. 😊 I love Laura calling Valentin out and calling him a murderer. 👏👏

Afterwards, she walked over to Valentin and tore into him for being a criminal and murdering her son! When she left, Peter looked over at Valentin with a confused or possibly surprised look, and Valentin looked back at him giving a signal with his eyes.

Could those looks between Peter and Valentin be referring to a secret both know about Nikolas? It has long been rumored that Valentin didn’t kill Nikolas but merely helped him fake his death – – which Nikolas had attempted to do on his own previously, as “Niles Carradine” who Ava Jerome (Maura West) busted on an airplane. Plus, Valentin has given many clues that Nikolas wasn’t really dead.

Now he looks more like Theo Hart, Valentin’s alias when he first appeared on #GH.

General Hospital viewers will recall that when Valentin first came to town and revealed himself for who he is, rather than “Theo Hart”, he tried to take Spencer Cassadine (Nicholas Bechtel) with him, and Sonny Corinthos (Maurice Benard) stopped him. This was shortly after Nik’s alleged death on Cassadine Island, and it’s possible that Valentin merely intended to take Spencer to his father in hiding.

And now I feel I need to tweet @Tyler2929 to say we sure do miss you and Prince Nikolas Mikail Stavrosovich Cassadine #GH pic.twitter.com/OD3wx7zPYG

It is true that if Nik is alive somewhere it would have been rather mean for him to not at least tell his mother Laura of his plans, but he didn’t tell her the last time when he tried to go on the run as “Niles Carradine” either! Considering Spencer can have a very big mouth and is rather impulsive, it may have been decided between Valentin and Nik to keep Spencer out of the loop as well when Valentin was thwarted from his mission to deliver Spencer to Nik. Or, Spencer could know his dad is alive and in hiding….he can be a good little actor too, and his quest to regain his inheritance may just be a well-played act with great-uncle Valentin! 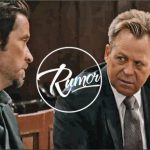 It makes a lot of sense to assume Peter may be in the loop about Nik being alive as well. Since General Hospital viewers know that Peter rescued Jason Morgan (Steve Burton) and stashed him in a Russian clinic, he may have been waiting at the bottom of the cliff when Nik went out the window, possibly with others holding a net to catch Nik and spirit him off into hiding! Stay tuned to GH and check General Hospital spoilers frequently to see if Nikolas does indeed turn up alive during fall sweeps!

Video Credit: The House of Cassadine