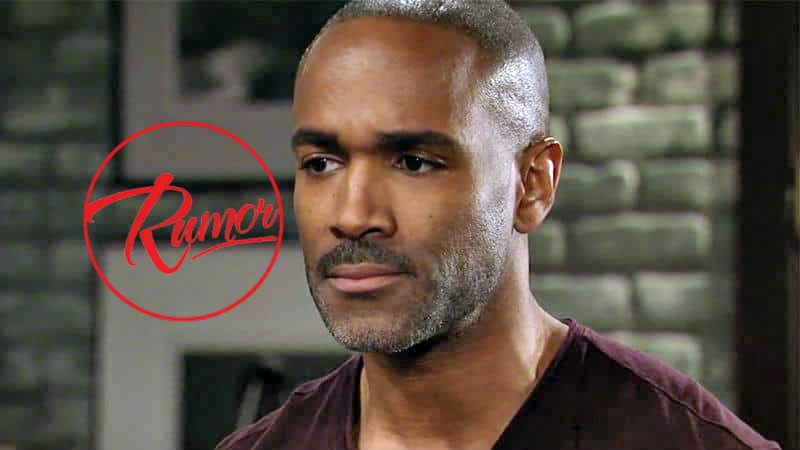 General Hospital spoilers tease that Jon Lindstrom (Ryan Chamberlain, Kevin Collins) could be dropping Twitter hints about who solves the Holiday Killer Case! In a tweet from November 28th, Jon posted a nice picture of himself posing with Donnell Turner (Curtis Ashford) and referring to him as the “American James Bond”! Of course, James Bond is a spy, not a detective or private investigator..but he does take down criminals, so it could fit! Jon could also be referring to Donnell’s dashing good looks!

However, General Hospital does film around two to three months ahead, and since Jon plays the serial killer Ryan and Donnell plays Curtis, who is married to the police Commissioner Jordan Ashford (Briana Nicole Henry) it may make sense for Curtis to be the one who solves the case!

Curtis does a lot of the same work as a private investigator that a spy would do—and Curtis was onboard with Sam McCall (Kelly Monaco) and Jason Morgan (Steve Burton) in November 8th’s episode when Curtis, posing as a security consultant, distracted Ferncliff personnel while Sam and Jason went looking for the mystery patient who had been Carly Corinthos’ (Laura Wright) neighbor who she was so concerned about, and found Nelle Benson (Chloe Lanier) in that room instead!

GH Spoilers – Curtis Is Involved In Both Murder Cases

So Curtis is already involved in one aspect of the serial killer case, not to mention Kiki Jerome (Hayley Erin) the second victim, was found in Curtis and Jordan’s bedroom! That involves Curtis in both storylines!

General Hospital Spoilers – Will Kevin Be Rescued Before Ryan Is Caught

It remains to be seen whether Ryan is taken down before or after Kevin is rescued, but Curtis may be the one who is able to tie the patient in Ferncliff to the serial killer, especially once Carly shares the information Damian Spinelli (Bradford Anderson) provides.

Spinelli hacked into Ferncliff patient records and provided the name “Wilson”! That of course was the name Ryan went by in Texas! Stay tuned to General Hospital and keep checking General Hospital spoilers frequently to see if Curtis really will be the one to pull everything together and solve the Holiday Killer case!