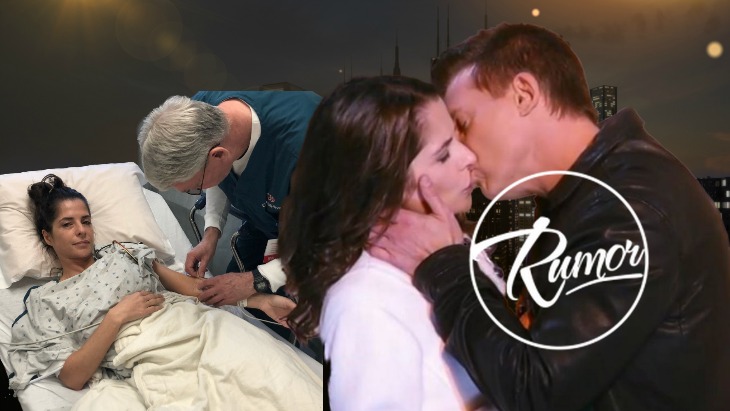 Could Kelly’s injury be written into to facilitate a Jasam reunion?

Our first glimpse of Jason’s (Steve Burton) undying love for Sam (Kelly Monaco) was almost 14 years ago. When doctors rushed Sam into surgery in November 2004, we knew Jason was in love with Sam. It was clear to fans long before it was clear to Jason.

Jason got shot the next year, and Sam took care of him. This back and forth between injuries and brain surgeries has gone on for 14 years. What better way to reunite Jasam other than in Jasam fashion?

Ways Sam Could Be Injured

Typical Sam induced injuries came from her heels. Sam has sprung ankles on Jason’s stairs. She’s sprung an ankle running from the Lopez brothers. She sprung an ankle at Windemere. Let’s face it, and Sam can be a clutz at times. Sam has been shot a few times as well.

Sam was even almost blown up once after a fall down some stairs. So let’s assume that Sam is working with Jason on a case and gets injured. Sam and Jason could try to find evidence of the body or gun at Charlie’s. If this happens, Jason is going to feel responsible and of course feel the need to take care of Sam.

Kristina Will Push This Connection

Kristina (Lexi Ainsworth) has always been the number one supporter of Sam and Jason. Fans are sure to expect Kristina to offer to watch the kids at her mom’s, so Sam can heal. Kristina will want to make sure that Sam and Jason are alone so they can reconnect. Molly (Haley Pullos) is likely to get in on this as well. Molly has always loved Jason and been willing to help. Look for Sam’s sisters to make sure she gets her man.

Jason Will Be Happy With This Arrangement

Jason is carrying Sam through the house, up and down the stairs. How could they help but connect? Spending time together is likely to rekindle old feelings. Sam is going to feel a pull to Jason and the life they once shared. Both Sam and Jason are likely to want that life back.

Writing Kelly’s surgery in could be an excellent thing for GH. Jasam fans would be sure to love it. Having Danny help with the matchmaking would be very special as well.  What do you think General Hospital fans, would you like to see Kelly’s surgery written into the current storyline?

This Is Us Season 3: Does Kevin Have A New Love Interest?