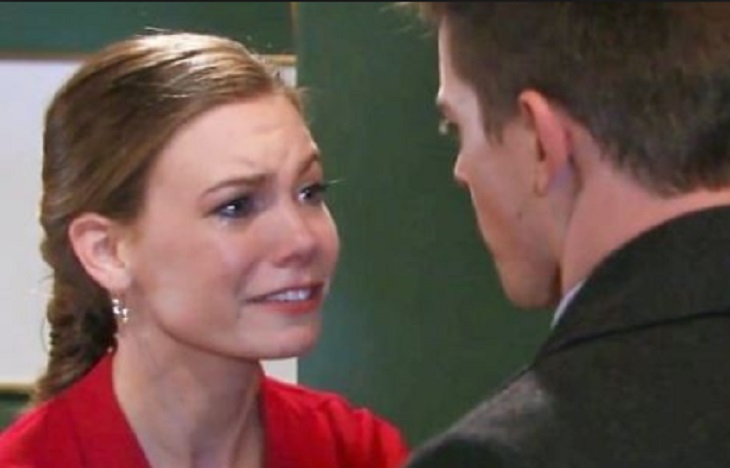 As General Hospital ratings continue to fall, there is speculation about what is causing the decline in viewership and if GH is going to survive.

Many people blame the decline in ratings on certain actors etc. but let’s be honest, one storyline has had viewers outraged and that is Nelle using Morgan’s death to take down Carly. Most soap opera viewers are women, that is obvious and always has been. Most soap opera viewers are parents as well, so when it comes to using a dead child against a parent, most viewers find it to be a huge turn off.

The majority of fans expected a less intrusive story line for a Friday Cliffhanger for Mother’s Day Weekend. Soap opera viewers have stood by for back from the dead stories for years, but this story is beyond sick and disgusting. No pregnant woman would consider using a dead child against another mother, at least not a parent who cares about their child.

Viewers don’t care how bad a character is or how much they dislike that individual, some stories are just not something viewers will ever accept no matter how the writers try to spin it. This story is cruel, it’s disgusting and it’s extremely distasteful. Viewers have tuned out, written, called the comment line and expressed their disgust on social media and still ABC has done nothing to end this.

How much longer is it going to take to get the point across? How low must the ratings drop before ABC stops this insanity? In the best interest of the show and the fans, should ABC cut their losses and make Nelle pay for this cruel and unusual punishment and send her to Pentonville instead of the grieving mother who truly loved and misses her son?

General Hospital Spoilers: Elizabeth Hendrickson As Margaux – What We Know So Far!

The Bold and the Beautiful Spoilers Thursday, May 31: Angry Liam Corners Bill – Steffy’s Baby In Danger