General Hospital Spoilers: Elizabeth Hendrickson As Margaux – What We Know So Far! 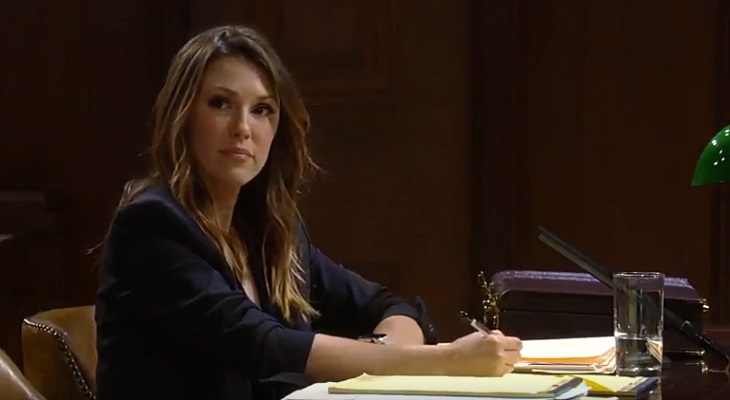 Elizabeth, who is best known for her role as Chloe on The Young and the Restless, is back on daytime television in a newly created role. Her character, Margaux Dawson, is going to be the one who will try and put Carly in prison after she allegedly pushed a pregnant Nelle down the stairs at her baby shower.

Of course, it’s obvious that Carly didn’t push her, but that’s not going to stop Nelle from doing whatever it takes to put Carly behind bars.

And now it looks like Nelle’s gaslighting scheme has put Carly in a corner, giving Margaux every reason to prosecute her to the fullest extent. That is, if Sonny doesn’t interfere!

There’s also a strong possibility that Margaux might end up reuniting with an old flame – Drew! Many soap fans will remember that Elizabeth had actually starred with actor Billy Miller on The Young and The Restless many years ago. It will be interesting to see if sparks will once again fly between their characters. Of course, fans will have to tune in to see!