General Hospital Maura West Dishes About Playing The Good, The Bad, and The Downright Ugly, Ava 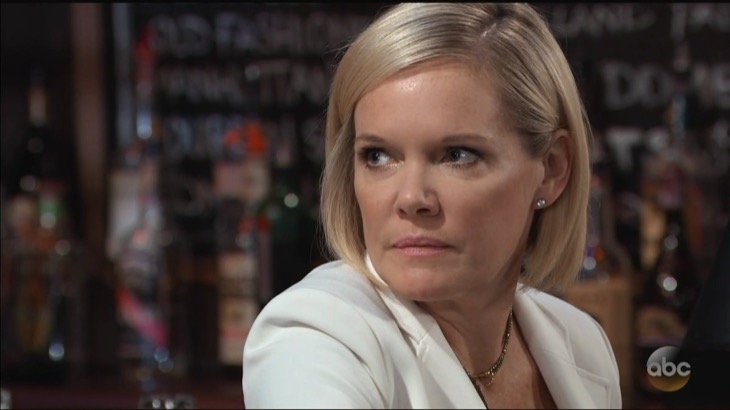 While Ava might not be the most popular character on General Hospital – at least not for fans – actress Maura West loves playing the complicated drama queen. As a matter of fact, the blonde beauty says that she absolutely adores the challenges of playing Ava on the hit ABC soap.

Speaking to ABC Soaps in Depth in an interview, Ava says that sometimes her character’s big emotions stay with her, even after the cameras stop rolling. Maura told the publication, “I wish I could say I could just snap out of it, but I don’t. You live in it a little bit in order to get into the space where you can play it believably, so you carry that home sometimes. You’ve got to have a Coors Light by the pool and shake that right off!”

Still, the actress says that she welcomes everything that the writers through her way, including the good, the bad, and the downright ugly. It not only keeps her on her feet, but also gives something to look forward, too. After all, there’s no one like Ava in Port Charles, and that’s something a lot of people can definitely agree on!

Maura added, “What I love about Ava, and this job in particular, is that I’m always learning and I’m still challenged, after all these years doing it. The other day, I did something I’ve never done in my career. I was challenged and afraid and excited. I feel really fortunate about that.”

Griffin knows too much. And Ava isn’t keen on that baby blanket being held over her head forever. Tune into a dramatic, new #GH – STARTING NOW on ABC! pic.twitter.com/4UIMMmCIzy

The Bold and the Beautiful Weekly Spoilers September 10 to 14: Ridge Makes A Decision – Zoe Makes Her Move – Thorne Proposes