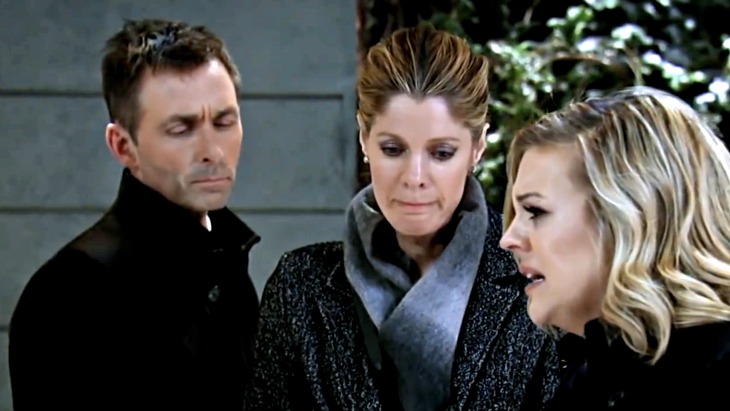 When General Hospital actress Kirsten Storms (Maxie Jones) has something to say, you can bet that her fans will definitely stop in their tracks and listen. The blonde beauty has recently opened up about working with her best friend, Emme Rylan (Lulu Spencer) on the small screen and her life, off screen, too.

Kirsten says that while her character Maxie had a huge falling out with Emme’s character Lulu, she knew that their feud wouldn’t last forever. Kirsten said she was excited to find out that their friendship was actually back on the mend.

She told ABC Soaps in Depth in an interview, “When we found out that was going to happen between the characters, Emme cried. We know from the beginning we’d eventually be friends again, but that didn’t stop us from asking every time we worked together if this next episode was the one where we would make up. We care too much about this!”

Off screen, Kirsten’s life is finally settling down pretty well, too. That’s because she’s got a new boyfriend, who is actually an old flame. Kirsten has made it no secret that she and her ex Elia Paul Reidy, are both happy to have each other once again.

She said, “It’s been over a year since my last break from work, and I feel great. I’m just working, hanging out with my kid and living my life. I’m also back in a relationship with someone I was with for four years in my early 20s. That was back when I thought I knew everything! God, I was so stupid!”

[fvplayer src=”https://www.youtube.com/watch?v=4RB-Jogenlg” splash=”https://sos-wp-media.s3.amazonaws.com/wp-content/uploads/2018/09/GH-Promo3.jpg” width=”730″ height=”400″]General Hospital airs weekdays on the ABC network. Check your local listings for times. In the meantime, drop us a line with your thoughts in our comments section below.