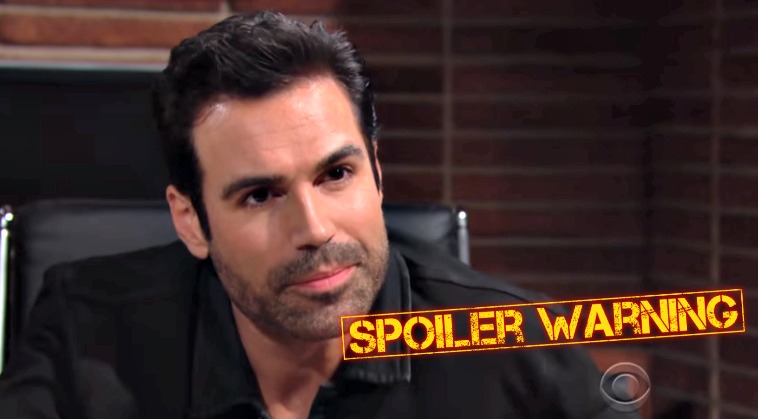 “The Young and the Restless” (YR) spoilers for the week of Monday, September 10 through Friday, September 14, 2018 tease that “This week buckle up and hold on things are going to get wild.” We have a very exciting week heading our way and you will not want to miss a moment of the action!

Summer Tells Kyle She Loves Him

In the newest CBS “The Young and the Restless” promo video we see Summer Newman (Hunter King) revealing her true feelings to Kyle Abbott (Michael Mealor). Summer will finally come clean to Kyle that she still loves him and things will definitely heat up between the two. We could all tell there was something still brewing between them. Are you Y&R fans happy that Summer is moving on? Do you think she will now take her sights off Billy Abbott (Jason Thompson)?

Rey Reveals He Is A Police Detective

Meanwhile, Rey Rosales (Jordi Vilasuso) will reveal that he is a police detective brought in by the GCPD to investigate J.T. Hellstrom’s (Thad Luckinbill) disappearance. He will crash Nick Newman’s (Joshua Morrow) launch party because he thinks Nick is responsible and arrests him. So Nick’s big night will be a bust and he will taken aback when he becomes the number one suspect. Do you think with Nick being arrested any of the ladies will come clean with what truly happened to J.T.?

Elsewhere, Jack Abbott (Peter Bergman) has a picture that he believes is his father and will try to get answers. He will freak out when it appears Neil Fenmore is in the picture which would make him siblings to Lauren Fenmore Baldwin (Tracey E. Bregman) and Jill Abbott (Jess Walton). Lauren will figure out his blood type does not match up and it eliminates Neil.

Jack then will be on a quest to figure out who the other men are and will give Abby Newman (Melissa Ordway) permission to go on GC Buzz and ask viewers if they recognize the man in the picture. Victor Newman (Eric Braeden) will be shocked by the picture when he is watching. Mal Young teases that viewers will think the man in the picture is Albert Miller, Victor’s father, but does not confirm whether it is or not. Would you Y&R fans like to see Victor and Jack be half brothers?

and for the other residents of Genoa City ……

Other “Young and Restless” spoilers suggest that Billy Abbott presses his luck. Nikki Newman (Melody Thomas Scott) cover for Victor Newman. Tempers will flare between Ashley Abbott (Eileen Davidson) and Billy. Kyle Abbott will cross a line. Abby Newman makes a startling confession. Tessa Porter (Cait Fairbanks) will be in danger and Victor confronts Jack Abbott. As you can see we have a very eventful week coming up, so make sure to stay tuned to CBS’s “The Young and the Restless.”

General Hospital Maura West Dishes About Playing The Good, The Bad, and The Downright Ugly, Ava