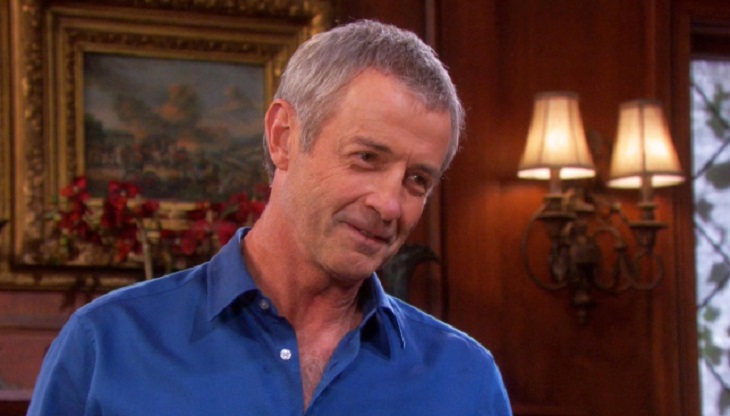 General Hospital spoilers indicate that a fan favorite will soon be making his way back on the canvas. New reports say that actor James Read is coming back to reprise his role as Gregory Chase. The last time fans saw him in front of the camera was in June, before coming back again in July to briefly reprise his other role as Clyde Weston on NBC’s Days of Our Lives.

In addition to his work on General Hospital and Days of Our Lives, James has been keeping rather busy in recent years. He’s had guest appearances on shows such as NCIS, CSI: NY, Castle, Talker, and more. He’s also guest starred on the massive NBC dramedy hit This is Us back in 2017 as Duffy Collins.

James is no stranger to the television movie industry either. He’s worked on films such as All Signs of Death, Persons Unknown, and previous television series such as American Dreams, Crossing Jordan, Charmed, Sabrina, The Teenage Witch, and so much more.

In other words, he’s one of the hardest working actors on the small screen. It’s no wonder he keeps coming back to daytime television, as his fans love seeing him both in the soap world and on primetime television, too.

While General Hospital producers have made no comments about what’s in store for James or his character, we do know that fans can be on the lookout for him to make his appearance on the soap any day now. General Hospital airs weekdays on the ABC network.