General Hospital Comings and Goings: Brytni Sarpy Is Back 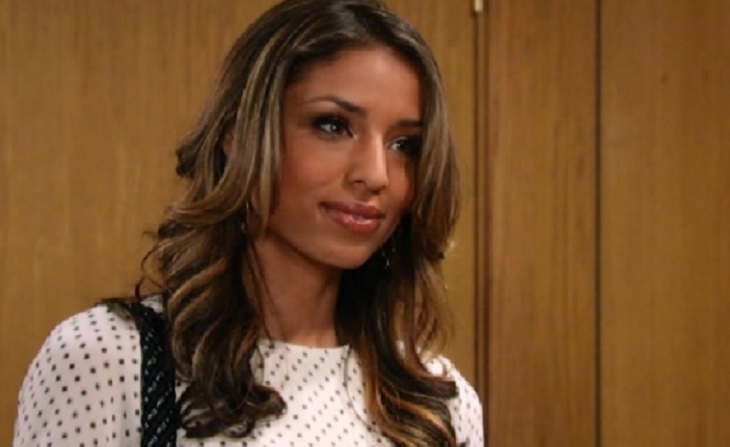 General Hospital comings and goings tease that Brytni Sarpy will soon be back on the canvas. The actress, who is best known for her role as Valerie Spencer, is set to be back in Port Charles this summer.

According to GH spoilers, it was Brytni herself who confirmed that she will be returning to General Hospital. When asked by a fan on Twitter, Brytni replied with, “Yes…Val will be back periodically, I start shooting again in a few weeks.”

Now, as far as what is in store for Valerie remains to be seen. General Hospital producers have made no comments about Brytni’s return or how she will fit in with any of the current storylines.Meanwhile, Brytni has been keeping quite busy herself, both on and off screen.

In addition, Brytni also made a surprise appearance at Union High School near Los Angeles, California to talk with performing arts students. She gave them advice about acting, how to best make their break in the entertainment industry, and of course show her support. It’s pretty clear that Brytni has been keeping very busy these last several months. Nonetheless, it will be great to see her back on daytime television.

General Hospital airs weekdays on the ABC network.  Check your local listings for times. In the meantime, let us know what you think by leaving us a line with your thoughts in our comments section below.

Don’t forget to check back with Soap Opera Spy for all the latest news, updates and spoilers on General Hospital and all of your favorite daytime television shows right here!