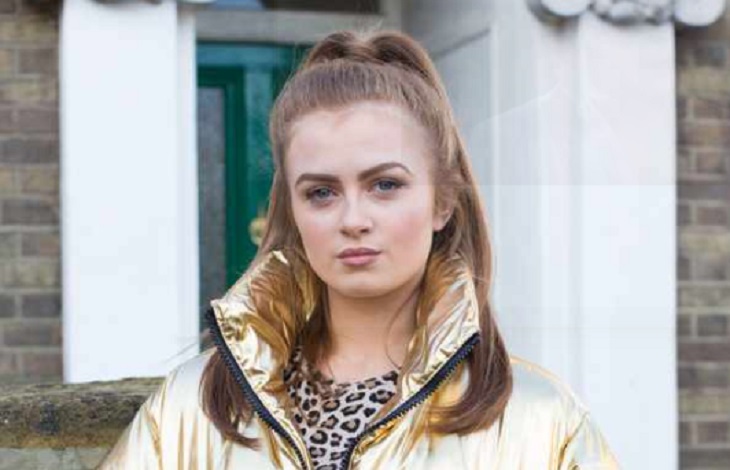 EastEnders spoilers indicate that Tiffany Butcher’s future might be in trouble. That’s because she will be involved in a horrifying storyline that will see her being groomed by a fellow female that belongs in a gang of teenager criminals. Here’s what you need to know.

EastEnders spoilers show that things aren’t looking very promising for Tiffany, as she is slowly but surely being manipulated to become a drug runner from a group of criminals.

And while everyone seems to be putting the focus on Tiffany’s new boyfriend Jagger, there’s someone else that she needs to worry about: a female gang leader named Evie. That’s because she is about to “groom” Tiffany so to speak, and in the most terrifying way, too.

Evie has been spending a lot of time separating Tiffany from her friends and her family. She has also most recently targeted Bernadette Taylor for elimination. To make matters worse, Tiffany has no idea that Evie is trying to pull her away from her family and her friends and that she is even using her sexuality to manipulate people.

A few concerned EastEnders viewers have shared their thoughts on Twitter by writing, “She taught Tiffany to kiss Bernie as a way of getting her onside. Now Evie is doing the same to Tiffany without her even knowing,” along with, “Yes it’s really interesting seeing this played out as a girl grooming girl storyline and quite sinister in many ways.”

Of course, fans will have to tune in to find out what will happen next! Eastenders airs weeknights on the BBC network. Check your local listings for times. In the meantime, drop us a line with your thoughts in our comments section below.