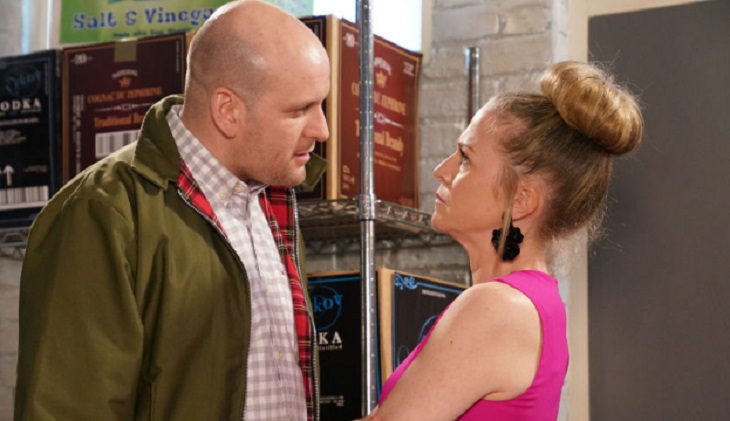 Mick Carter did not expect to come home to devastating news like this. New EastEnders spoilers indicate that things will definitely not be the same between Mick and his wife Linda Carter again as she may have a new bombshell secret that will not only rock their marriage, but shock everyone in Walford, too. Here’s what you need to know.

EastEnders spoilers tease that Stuart is taking their relationship one step further by trying to persuade Linda to sleep with him. He’s eager to have a night of passion with her. Little does he know though that Linda is just going through the motions. She’s pretending to fall in love while it seems as though Stuart really is falling head over heels for her.

Of course, this is the last thing that Mick wants to hear. Previously, Linda was supposed to work out a plan to trick Stuart into confessing that he set up Mick before he landed in jail.

Even though Mick admitted that he was thinking about killing Stuart the same night that he was shot at the Queen Vic, he didn’t do it. Instead, it was Stuart who framed him, which ultimately led him to spending several months behind bars.

Linda without a doubt doesn’t want to sleep with Stuart. She knows that there could be huge repercussions to her actions. With that being said, there’s some speculation that she might even end up pregnant. Of course, fans will have to tune in to find out what will happen next!

General Hospital Spoilers: Will Laura Have “Kevin” Committed At Ferncliff?