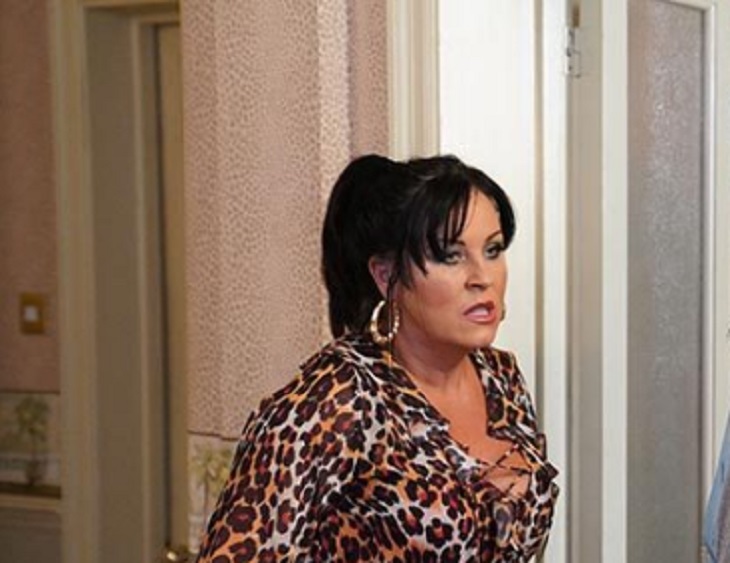 Next on “EastEnders,” Alfie is left shocked after Kat confides in him about her past. Kat left the square in a hurry when she saw the old man she ran down with her moped a few weeks back. The man reminded her of the secrets that were unraveled during the day of the accident. Alfie was left worried and wondering who the man was for causing Kat to leave so suddenly.

EastEnders spoilers indicate Alfie follows Kat and finds her at The Vic. He approaches her and offers her support even if he still didn’t know what just happened. Kat, feeling broken and devastated, pours her heart out at Alfie.

She reveals everything that Maurice, her dad’s old friend, had told her when they met in the pub. Alfie is left dumbfounded when he learns that Charlie might have known that his brother Harry was abusing his daughter Kat when she was young.

Maurice words kept playing in Kat’s mind even when she tried to ignore that it might be true. Her gut was telling her that her father might have known about the abuse all along. Alfie doesn’t want to believe what he just heard.

It wouldn’t be Christmas without a bit of drama in Walford. #EastEnders pic.twitter.com/8H94t8wKSN

According to EastEnders spoilers, he tries to convince Kat that there might be something more to the story and surely her dad won’t be able to do that to her, his own daughter. Kat was uneager to listen and that’s when he knew he needed to do something to clear things up.

Alfie finds a way for Kat and Maurice to sit down and talk. Shocked at finding Maurice at the Slaters, Kat was hesitant at first. But Alfie manages to convince her to give Maurice a chance and hear what he has to say.

Meanwhile, things turn for the worse for Hayley as her mum Bev returns to the Square. What could her mother want right now? What’s her motive? She makes it known that she’s looking for a place to stay but Alfie notices that Hayley wants to keep her distance. What will Alfie do?

Bold And The Beautiful Spoilers: Hope Gives Liam An Ultimatum