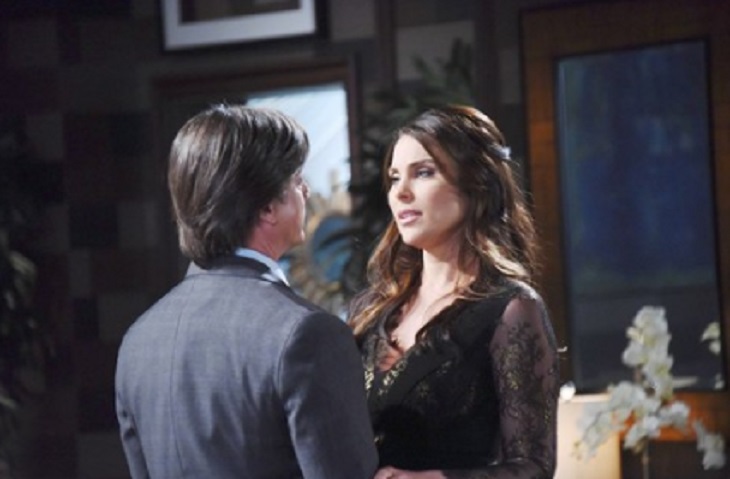 “Days of Our Lives” spoilers for Tuesday, December 11, tease that Julie (Susan Seaforth Hayes) will do some reflecting. She’ll look back on the last 50 years in Salem and remember all the memories she’s made. Julie’s certainly had her ups and downs, but she’s grateful for her family, friends and the good times they’ve shared together. DOOL fans won’t want to miss Hayes’ special anniversary celebration.

Over with Lucas (Bryan Dattilo), he’ll face a difficult task. He knows Allie needs him, so he’s ready to make the move to Italy. Unfortunately, that means saying goodbye to several people he cares about. “Days of Our Lives” spoilers state that Lucas will bid Kate (Lauren Koslow) farewell on Tuesday. They’ll share some emotional moments as Lucas prepares to catch his flight.

Lucas is also leaving Chloe (Nadia Bjorlin) behind, so she’ll probably get one last goodbye. “Days of Our Lives” spoilers say they’ll do their best to let go and move on. Chloe and Lucas don’t want to hold each other back as they pursue different roads to happiness.

Gabby bet you thought you’d seen the last of her. 😜 #DAYS pic.twitter.com/ayhreU1whB

Elsewhere, Sonny (Freddie Smith) and Will (Chandler Massey) will try a desperate tactic. They need a plan to stop Sonny’s marriage to Leo (Greg Rikaart) and put an end to the madness. “Days” spoilers hint that Will and Sonny will come up with a decent strategy, but it won’t be enough. Leo will remain in control of the situation, so his wedding to Sonny will move forward later this week.

Across town, Eli (Lamon Archey) and Lani (Sal Stowers) will spread some fantastic news. They’ve decided to give this whole couple thing a shot, which is exactly what Eli’s been wishing for. Lani’s finally willing to accept her feelings, so this is their shot at a bright future. Now that they’re officially a couple, it’s time to tell their families and hopefully get plenty of support.

Days of Our Lives Weekly Spoilers December 10 to 14: War Is On for Abigail and Gabi – Will Decks Leo, Sonny Can’t Avoid Marriage

“Days” spoilers say Lani and Eli will have to tackle some obstacles eventually, but let’s hope they’ll be on cloud nine for at least a little while! We’ll give you updates as other details and rumors emerge. Stick with DOOL and don’t forget to check Soap Opera Spy often for the latest “Days of Our Lives” spoilers, rumors, updates and news.