Days of Our Lives Spoilers: Tripp Learns Truth About Steve 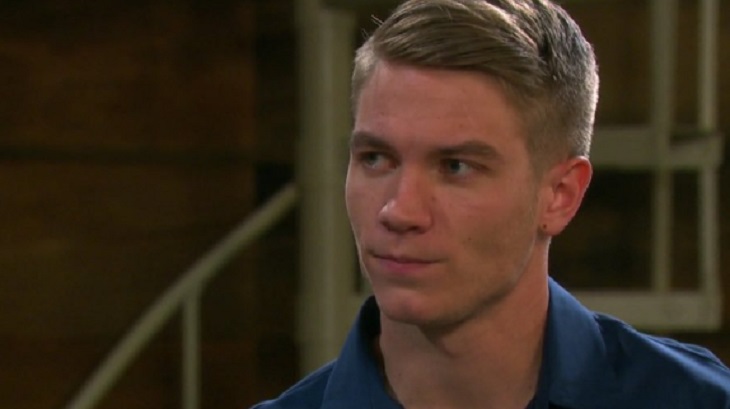 Days of Our Lives spoilers indicate Tripp will finally learn the truth about what happened to his father, Steve. Kayla decides to confess and reaches out to Tripp to tell him that all this time, Steve was in prison after being arrested for espionage.

Steve was taken into custody at the time when Marlena and John tied the knot. He was sent to jail after the government found out that his bionic eye can secretly transmit everything it sees. Kayla and Roman kept it as a secret from Tripp.

According to Days of Our Lives spoilers, Kayla will spill the beans including the fact that it was her who looked for the eye technology that got Steve into trouble. Guilt stricken, Kayla will also tell him that he had to cut a deal with Stefan so Steve could get the eye.

Tripp was too busy with his own problems to notice that his father was missing. He’s been dealing with some issues involving Ciara and Ben. He’s been feeling a little down lately after Ciara broke up with him when she found out that he framed Ben.

Kayla and Tripp didn’t always have a good relationship but they have long settled their differences. Tripp has a good heart and will manage to offer his support to his mother. He will most likely find ways to set his father free.

Days of Our Lives Spoilers – Will Steve Ever Return?

However, Steve has been charged with espionage and it is not something that he can easily get away from. What happens now that Tripp knows the truth? Will Steve ever get out of jail?

Elsewhere, Sonny and Leo’s wedding will be interrupted. Fans have to find out if the cause of the wedding delay is enough to stop their union for good or will it be just temporary?

Meanwhile, Maggie will change her mind about giving Eric the custody of Holly. Maggie will consider Nicole’s wishes to let Chloe raise her child even if Eric told her that Nicole wanted him to take care of Holly.