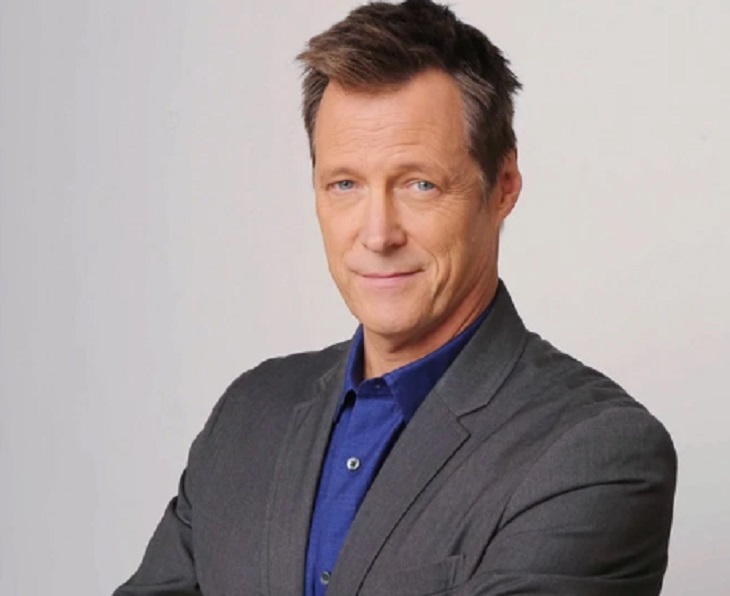 Stephen Nichols is no longer taping on Days of Our Lives but rumor has it that Matthew Ashford is and has been for some time. Could Jack (Ashford) be returning to escort Patch (Nichols) to the great beyond or is Jack alive?

Jack has played Steve’s little brother off and on since 1987.  Viewers remember Jack raped Kayla (Mary Beth Evans) years ago but was eventually redeemed and married Jennifer Horton (Melissa Reeves). So far no details have been released on how Steve will be leaving the show.

Could Jack be coming back as a spirit to usher Steve into the spirit world on Days of Our Lives?  We know he has come back in dreams and sightings to Jennifer, Abby (Marci Miller), and J.J. (Casey Moss) so it’s very possible that he could be coming to Steve to either save his life or accompany him into a new one.

Days of Our Lives spoilers tease that Nicole (Arianna Zucker) is about to come back to town and Jennifer is in the midst of a hot romance with Eric (Greg Vaughan).  When Eric hears the whole story of how Brady (Eric Martsolf) ran Nicole out of town, will he stay with Jennifer or break her heart for the woman he has loved for years?

Eric and Nicole were just getting back on track when Brady ran her out of town and it broke her heart to leave him.  Xander has the proof of what really happened to Nicole, and the evidence that proves she killed Deimos, he’s also warned Eric of his imminent return.

Could Xander (Paul Telfer)be the one who brings Nicole back much like he did Theresa?  Could Xander come across Jack and bring him back to blow apart Jennifer and Eric’s relationship?

Could Jack Be Yet Another Of Rolf’s Experiments?

Anyone familiar with Ron Carlivati’s (Days head writer) know he loves bringing people back from the dead so Jack being alive isn’t an impossible idea.  Ron has brought back blown up, burnt up and even a brain-dead character so killed in an elevator shaft would be a piece of cake.   We also know that somebody is running around with Rolf’s (William Utay) serum because Vivian (Louise Sorel) was revived not too long ago.

Could Jack be in a lab waiting to escape or be walking around with no memory and just happen to make it back to Salem?  Could Jack be a candidate for Will’s (Chandler Massey) memory serum?  It will surely be interest however Jack returns.

The Young and the Restless (YR) Spoilers: Hilary and Devon Prepare For Parenthood – Shauna Previews Future