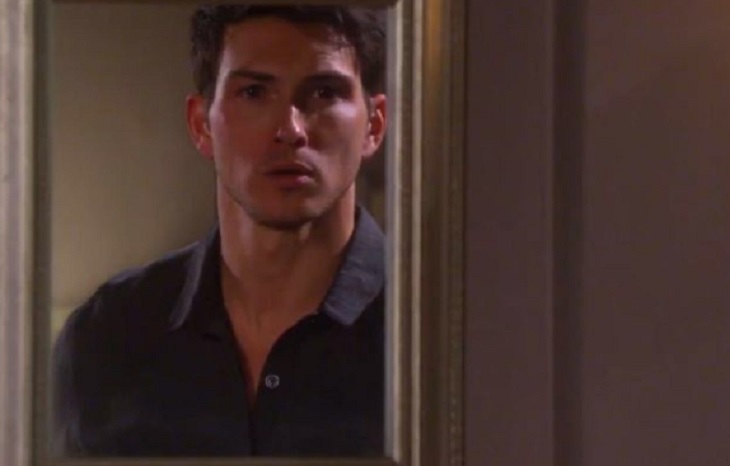 Days of Our Lives spoilers indicate that two very controversial characters might soon unite: Ben and Ciara. As a matter of fact, actor Robert Scott Wilson, who plays the villainous Ben, is opening up about his return to Salem City and what’s next for him and Ciara.

Robert is refusing to divulge in any details, but he does say that he loves working with newcomer Victoria Konafel, who plays the new Ciara. They were recently seen at the same cabin where Ben held Abby and her husband Chad in a leaked photo from the set.

Robert explained, “Well, he needs somebody to support him. Hopefully, he has at least one fan. We’ll just leave it at that.”

What’s more, Robert says that he and Victoria have wonderful on screen chemistry together, leading many to believe that Ben and Ciara might soon get very up close and personal again.

He added, “I’m grateful that they brought somebody on who can handle the work load and treat it with the care that it needs, especially having to work with a menace like Ben. It’s a lot and think she’s doing a great job.”

The handsome actor also said that he’s honored to be back home in Salem City and of course, is ready to see his character “kick some behind.” Of course, fans will just have to tune in to see what’s in store for Ben! It’s without a doubt that it will be full of shocking twists and one crazy ride for these two.

Days of Our Lives airs weekdays on the NBC network. In the meantime, drop us a line with your thoughts in our comments section below. Also, don’t forget to check back with Soap Opera Spy for all the latest news, updates and spoilers on Days of Our Lives and all of your favorite daytime television shows right here!