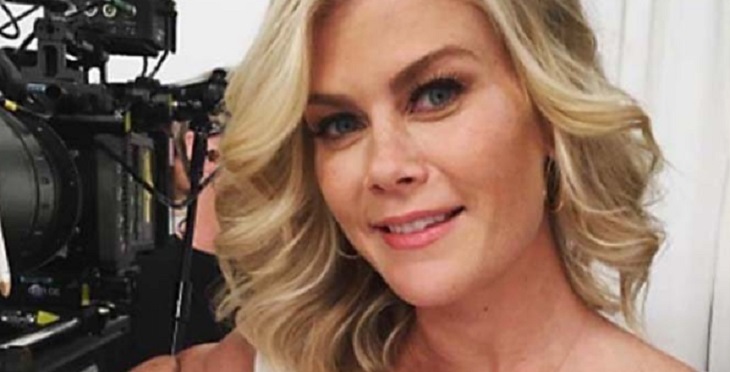 Two soap opera fan favorites are teaming up for a very exciting project! Days of Our Lives’ Alison Sweeney and Linda Dano are joining forces for a new movie called The Chronicle Mysteries, which will be aired on the Hallmark Channel next year.

Sami Exits Days Of Our Lives

Now that Alison has wrapped up her latest stint on Days of Our Lives, she’ll have more time to tackle other television shows and movies (her character, Sami, has just left Salem for Italy).

The blonde beauty announced on her Instagram account that Linda Dano has joined the cast of The Chronicle Mysteries and that she’s very excited to get started on her work!

Many daytime television fans remember Linda best from her role as Cynthia on As the World Turns and as her legendary character Felicia Gallant on Another World.

Alison will be the executive producer of the project and will be working with plenty of daytime television industry names such as writer Melissa Salmons. Alison will star in the movie as Alex McPherson, a novelist who investigates a cold case disappearance of her childhood friend, Gina DeSavio. Actress Rebecca Staab has also joined the cast.

As many fans probably already know, Alison also worked on the Murder, She Makes series of films that aired on Hallmark. So far reports say that The Chronicle Mysteries will air on the network sometime in the Spring. We will definitely be on the lookout!