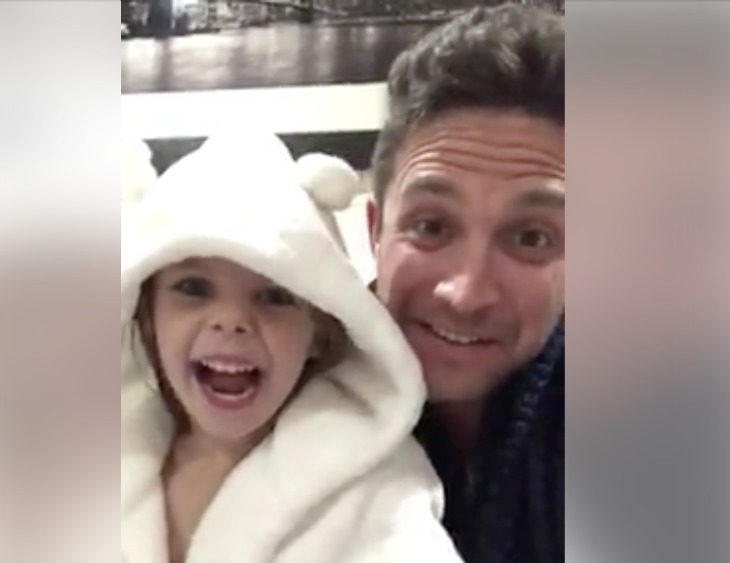 It looks like Brandon Barash is definitely enjoying like on the Fathership. The former General Hospital star, who shares his daughter Harper Rose with his ex Kirsten Storms, posted an adorable clip of the daddy daughter duo in action. Brandon is best known as his character Johnny Zacchara on the soap.

Brandon and his pal Tyler Poelle started the Fathership as a way to connect with their fans. In the clip, it looks like both Brandon and Harper are in their robes. Instead of getting ready for bed, they are goofing off with his phone. Apparently the little girl doesn’t want to go to bed and would rather recite movie quotes instead. Brandon captioned their cute clip with, “Movie Quote Monday: The Nutty Professor Edition! Not gonna lie, this one was a gas! Enjoy!” 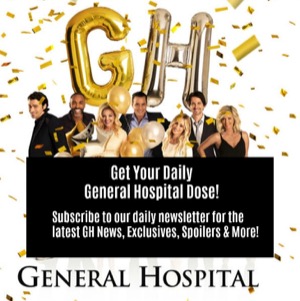 It didn’t take very long for Brandon’s fans to respond, as most commented with, “Oh my gosh your videos are hilarious and if she can’t say it she’ll put her own words in there she’s got a great sense of humor. You’re such a awesome dad and Kristen she is awesome mommy I’m glad that you guys could co-parent.”

Another fan wrote, “These absolutely make my week. Thank you for sharing your beautifully talented girl. It’s all about the memories.”

Brandon and Kirsten pulled the plug on their marriage back in 2016. But luckily, they’ve been able to co-parent their daughter with ease. The ex-couple share custody of 3-year-old Harper and often spend time together as a family. Clearly, they’ve managed to set aside their differences to do what’s best for their daughter. Thankfully, it’s working out well for everyone.

In the meantime, General Hospital airs weekdays on the ABC network. Drop us a line with your thoughts in our comments section below. Also, don’t forget to check back with Soap Opera Spy for all the latest news, updates and spoilers on General Hospital and all of your favorite daytime television shows right here.

MUST WATCH The Bold And The Beautiful Preview Video Tuesday, February 27: Katie Stands Her Ground, Bill Calls Her Disgusting