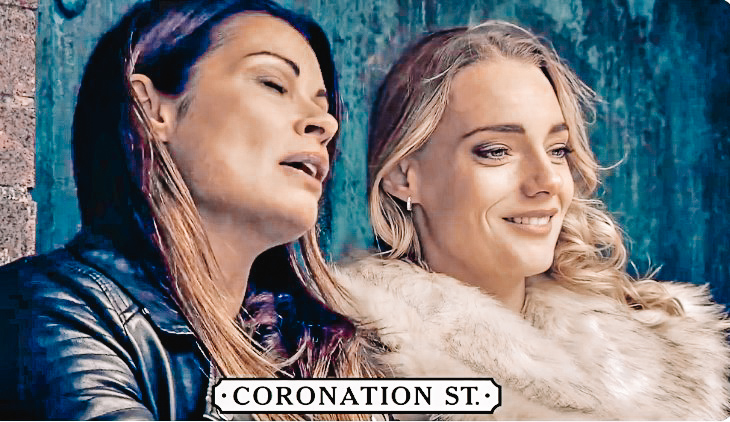 Nick Tilsley is facing yet another consequences of having his relationships messed up. Elsa, his current wife, has surprisingly returned to town and threatens to ruin Nick. Nick tells her he wants a clean and quick divorce, but Elsa says she will make sure to walk away with all of his money.

Elsa’s appearance could not come at the worse moment for Leanne, who Nick just manages to seduce into getting back to him. Elsa arrives just when Nick and his ex-wife are having a moment, reminiscing about their past and lost love.

Later, Corrie spoilers reveal that Elsa will come face to face with Leanne. She will confront Leanne, who feels embarrassed. Leanne insists she did not know Nick was married.

Fist fights, unrequited love, kidnapped dogs and a trial for fraud (all with an added sprinkle of fake tan) it's been a turbulent week for the residents of Coronation Street.
If you missed anything, don't fret, here's a recap.

Things aren’t looking too good for Leanne. Could this be the end for her and Nick? What’s worse, her son, Simon, decides that he wants to join the armed forces and already told Nick without Leanne knowing. This made Leanne really upset and she screamed at him to not do it.

Corrie Spoilers – Carla and Elsa Team Up Against Nick

Meanwhile, “Coronation Street” spoilers reveal that Carla and Elsa will be teaming up against Nick. Instead of selling his Underworld shares, Carla suggests to Elsa that she technically owns those shares and they should do business together.

Elsewhere, Tim finds Gina on the street and screeches to a halt. But thinking that someone was chasing her, it caused an alarm to Gina. Later, she apologizes to Tim for the misunderstanding. However, a police officer stopped in a car. Tim tries to explain what was happening, but when the officer smelled alcohol in his breath, he arrests him.

Coronation Street Spoilers: Is Sally And Tim’s Marriage In Danger?

Also coming up next week on “Coronation Street,” Sally receives fresh hopes that she will be able to get out of prison after being framed by Duncan in a fraud case. Now, Paula needs to get a copy of the hospital’s CCTV footage on Sally’s birthday. She just remembered she spent the night there because of Jack.

Days of Our Lives Weekly Spoilers November 26 to 30: Ben and Ciara Steamy Kiss – Sonny and Will Rocked by Leo’s Return and Demands