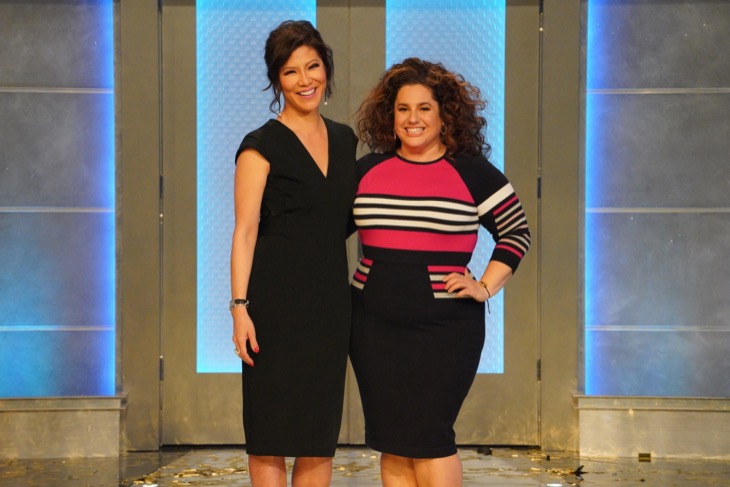 It looks like the tradition of having the Big Brother winner join the cast of the Bold and the Beautiful for a special guest stint lives on! Celebrity Big Brother winner Marissa Jaret Winokur will be appearing on an episode of the highly-rated CBS soap in the coming weeks. And apparently, Marissa is very excited about it, too.

“Oh my gosh. I literally left and called my manager to say, wait, I want to be on a soap opera,” Marissa told Entertainment Weekly. “It’s way harder than anyone made it look. It was so like theater for me. It was the most at home I’ve ever been on a set.”

Meanwhile, Marissa has also made it no secret that a lot of Celebrity Big Brother fans out there think that her win was undeserved. In fact, they have even gone up to her and said that her pal Ross Matthews should have won instead.

Marissa said, “That’s how I feel so I’m fine with it. There’s definitely the school of thinking that Ross should have won. I’m like, I get it. You are allowed to feel that way. But the people who watched the live feeds understood my game better than the people who just watched the CBS show. I don’t think even the producers got my game. They were like, ‘Oh she’s just having fun.’ I brought things to make friends. I was in deeper than they thought I was.”

It’s without a doubt that Marissa Jaret Winokur’s fans can’t wait to see her on her favorite soap. Her episode will air on May 15th.

Love B&B? SUBSCRIBE TO OUR THE BOLD & THE BEAUTIFUL NEWSLETTER, HERE!

The Bold and the Beautiful airs weekdays on the CBS network. Check your local listing for times. In the meantime, drop us a line with your thoughts in our comments section. Also, and as always, don’t forget to come back to Soap Opera Spy for all the latest news, updates and spoilers on The Bold and the Beautiful and all of your favorite daytime television shows right here!