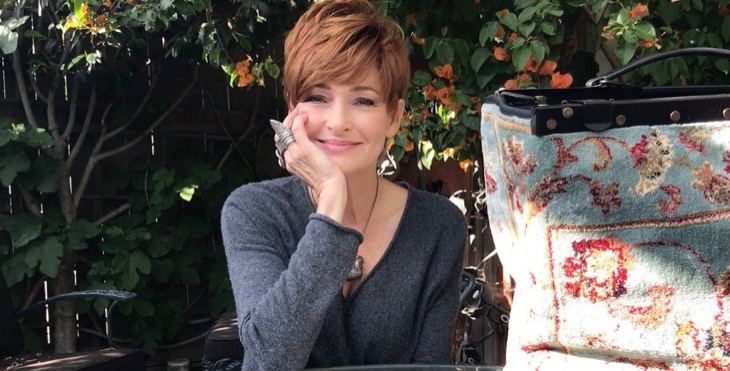 General Hospital actress Carolyn Hennessy has a lot on her plate these days! The actress, who is best known for her role as Port Charles’ Diane Miller, is prepping for another important role for the upcoming Daytime Emmy Awards.

Carolyn went behind the scenes with the Hallmark show Home & Family, which aired on the network this week. And from what we can tell, she looked like she had a lot of fun! Carolyn talked about the upcoming 45th Annual Daytime Emmy Awards, which will air on Friday, April 27th. Carolyn will be the social media host, where she will be covering all of the latest and greatest fashions from the red carpet.

Thankfully for the actress, she’s doing what she loves best, and that’s work her skills in front of the cameras. Carolyn has been drawn to the acting world from a very early age. She said that she’s always been a “studio brat” ever since her father took her to her first movie set at the age of 4.

Carolyn told The Spectrum in an interview, “That’s when my father took me to my first sound stage and I remember it to this day. “It was the movie set for ‘Fantastic Voyage’ where he was the art director. For example, in my early teens, I spent the summer at MGM building futuristic tiny model cars for ‘Logan’s Run.’ In long shots, you can see them moving through a tube – so some of those cars are actually mine!”

In the meantime, General Hospital airs weekdays on the ABC network. Let us know what you think by leaving us a line with your thoughts in our comments section below. Also, don’t forget to check back with Soap Opera Spy for all the latest news, updates and spoilers on General Hospital and all of your favorite daytime television shows right here!

The Young and the Restless (YR) RUMOR: Stuart Brooks Revealed as Jack’s Father