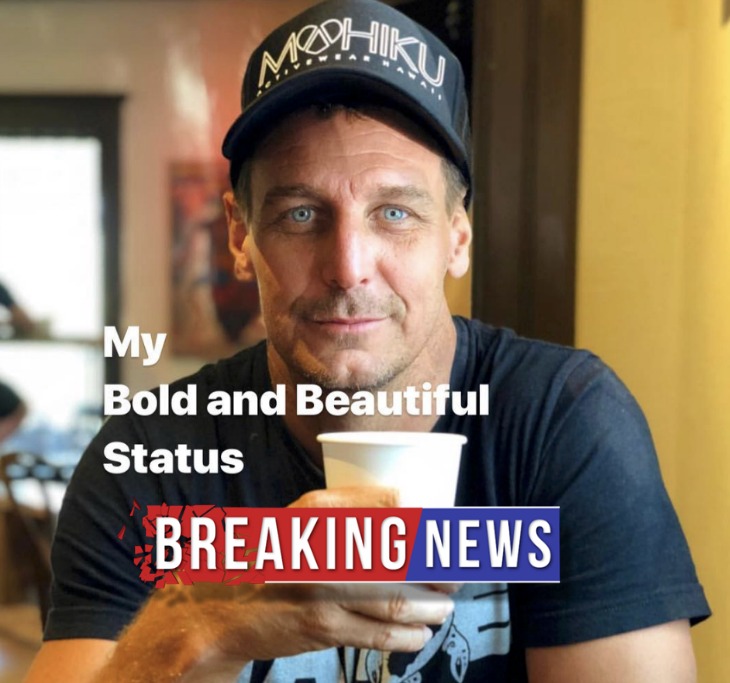 Bold and the Beautiful (B&B) spoilers reveal a shocking exit—Ingo Rademacher (Thorne Forrester) is leaving the CBS soap opera. After months of speculation about his contract status, the actor finally sets the record straight. He will not renew his contract. He plans to focus on his family, revealing showrunner Bradley Bell MIGHT bring him back from time to time.

B&B Spoilers – Ingo Rademacher is out

Ingo took to Instagram to clear up his Bold and the Beautiful contract status. He wrote that he decided not to continue with his contract and will be finishing his arc as Thorne Forrester in late January. He added that he has talked to Bradley Bell about his decision and he is parting on good terms. He suggested the there was a great possibility that he would come back at some point for a small stint.

Rademacher thanked the B&B fans for accepting him as Thorne, something that he knows was tough to do. The actor has been spending time in Hawaii with his family for the past several months but soon will return to LA to wrap up his arc as Thorne.

My Bold and Beautiful status. It is true what you are hearing and I think it’s time to set the record straight. I have decided to not continue with my contract on The Bold and The Beautiful and I’ll be finishing up my last episodes in January. I want to thank Brad Bell( we’ve been communicating) the entire show and cast (truly awesome people) and also CBS for a fun year of playing Thorne. We are parting on good terms and with the possibility of a return. We shall see what the new year brings. Yes i have been in Hawaii for the last 2 month with my family working on my property and will continue to stay here throughout January but then it’s back to LA. #coffetalk

Bold and The Beautiful Spoilers Rumors of his departure

Several weeks ago, rumors circulated that he was leaving the show after his name disappeared from the credit. Thorne and Katie (Heather Tom) are rarely shown together anymore. While that could have meant nothing, in his case, it was telling that his contract was not going to be renewed.

Thorne will likely have a dramatic exit, so stick with us as more details come out about his exit storyline. Don’t forget to come back later for more Bold and the Beautiful (B&B) spoilers, news, and casting updates!