‘This Is Us’ Spoilers: Do Kevin And Sophie Rekindle Their Old Flame? 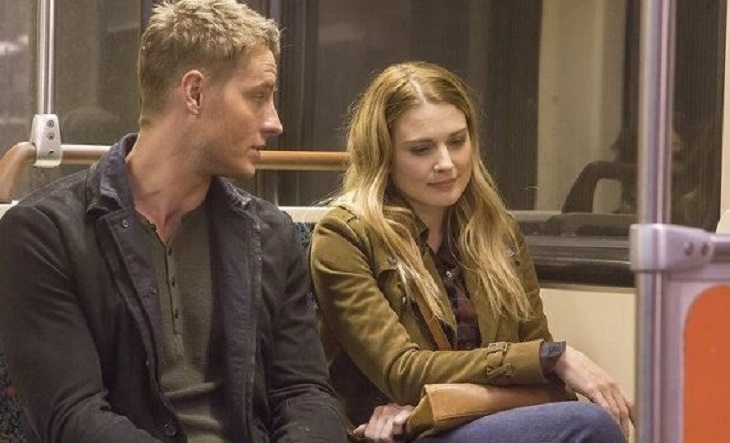 “This Is Us” spoilers recently featured Kevin Pearson (Justin Hartley) and Sophie Coto (Alexandra Breckenridge) struggling to figure out what their relationship status is. Will they rekindle their old flame?

Based on new photos from next week’s episode titled “What Now,” it definitely appears that the two are going to be growing inseparable again. In the spoiler pictures that TV Guide released, the two are seen gazing into each other’s eyes as if they may be sharing a heart to heart conversation.

Fans were in complete shock once they learned that Kevin use to be married to Sophie, Kate’s (Chrissy Metz) best friend as a child. Now viewers are wondering how Kate is going to feel once she learns they are seeing each other again?

“This Is Us” spoilers tease that we will be seeing much more of the lovebirds in upcoming episodes. So will their “cautiously dating” status be changing? It appears so. These two have a long history together and hopefully we will get to learn some more about that. We did learn that they once shared a crush on one another that led to sex in high school and then marriage.  And that of course ended in a divorce, partly due to Kevin’s infidelity. So now will Sophie be able to forgive him?

Kevin and Sophie’s relationship will deepen on the night of his play premiere. We saw last week how skipped out on it to help his brother Randall (Sterling K. Brown) in his time off need. There is also a picture of Kevin and Sophie standing outside the theater that’s home to The Back of an Egg, the wild titled play that Kevin ran out on.

So maybe this means that he did not lose his job, but will definitely have some explaining to do since he left everyone hanging. So make sure to tune into next week’s episode of “This Is Us” on NBC to see how this all plays out.

Get Exclusive This Is Us News & Updates!

WATCH: The Young and The Restless Preview Video Wednesday, March 8