The Young and the Restless (YR) Spoilers: Truce Between Nick and Victor – Christian Paternity Secret Safe For NOW 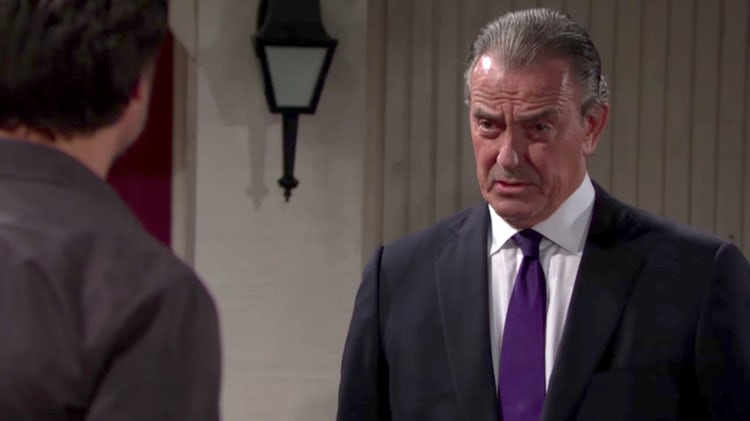 Nick (Joshua Morrow) was the better man on ‘The Young and the Restless’. He unexpectedly offered to lower the rhetoric in the fight he’s been having with Victor (Eric Braeden). His father accepted the offer and appreciated his son’s gesture in donating money to charities that benefit orphans. This change signals that the current arc is over and that the Christian (Jude and Ozzy McGuigen) paternity secret is safe, for now.

Related: Is it All Over But The Crying For Y&R Dina?

The latest Nick-Victor skirmish was thoughtfully conceived and well-played. It made sense that Nick would be shocked to learn that his father was linked to Chloe (Elizabeth Hendrickson), that he would out Victor to Nikki (Melody Thomas Scott) and Victoria (Amelia Heinle) and that the ‘Moustache’ would respond vengefully.

Both men slugged each other and vowed to never speak again. Then Nick divorced himself from Victor’s half-billion dollars. At that point in the storyline it seemed that the Christian card would be played as a way to crush Nick’s soul. But apparently that’s not the case, as this pair shook hands at the Top of the Tower, pledging peace.

If Young has removed the still-unrevealed paternity card out of the writer’s room, then Adam (most recently played by Justin Hartley) seems unlikely to be resurrected anytime soon. That speculative point would match Young’s reluctance to speak about that character and past controversies surrounding him.

Is it All Over But The Crying For Y&R Dina?