The Young and the Restless (YR) Spoilers: Reed’s Trouble Draws Parents Together – J.T. and Victoria Reconnecting 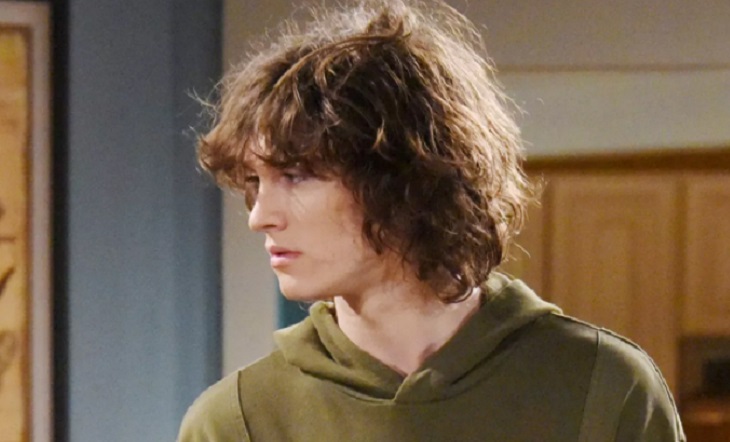 Teenage antics have been a popular topic on ‘The Young and the Restless’ this year. Reed’s (Tristan Lake Leabu) arrest underscores the impulse behavior that’s promoted by pop culture society. Thankfully he has two caring parents who support him and can offer guidance.

Love’s loss wasn’t the real issue all those soapy years ago when J.T. (Thad Luckinbill) and Vickie (Amelia Heinle) split. Instead, trust was. J.T. eventually married Mackenzie (Clementine Ford) and won custody of Reed in an acrimonious legal dispute.

It’s unusual for a mother to lose legal control of her child. Societies that strive for equality would never tolerate a system where only men lost their offspring, as that would represent institutional bias. At that time J.T. feared Newman family influence was weighing too heavily on Vickie, who was facing other legal troubles, thereby affecting her ability to effectively mother Reed.

Related: The Young and the Restless POLL: Do You Think Phyllis and Jack Will Get Back Together?

Y&R fans were pleased to learn that Luckinbill was returning to the cast after a seven year absence. J.T. may be a longterm fixture, even though Luckinbill stated that his contractual commitment could only last three months.

Leabu has been a fine addition to the cast since arriving in 2016. His SORAS’d character is a musician and a good kid. Reed’s drinking incident and subsequent arrest will be handled by both of his parents. Yes, a father and a mother should be there for the children they equally created.

Vickie is beyond Billy (Jason Thompson) at this point, who’s with Phyllis (Gina Tognoni). ‘Philly’ seems unbreakable for the foreseeable future.

J.T. just told Vickie that he and ‘Mac’ are separated. That means these ex-spouses are available to anyone, or for each other.

An audience aside involves Luckinbill and Heinle themselves. They were married for an extended period of time and have children. Their divorce earlier this year was unexpected and disappointing.

Related: Alyvia Alyn Lind Returns To Primetime For The Holidays

Heinle smartly tweeted her support of Luckinbill’s return to the cast when it was announced, proving that savvy social media skills are a part of the modern soap world. Ideally, both actors might be able to revive their real life union.

Within the fictional world that they work, it would also be nice to see J.T.V back together again. It’s plausible to believe that Reed’s dilemma could jump start that reunion.