The Young and the Restless (YR) Spoilers: Phyllis Trying to Save Philly – Villy a Real Threat 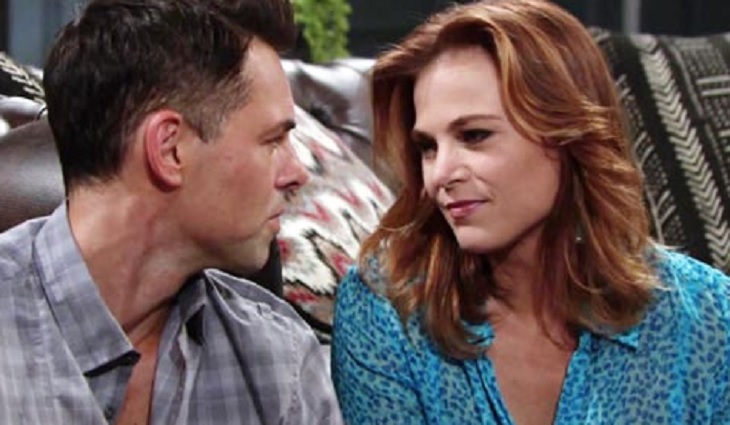 Vickie (Amelia Heinle) was and remains Billy’s soul mate. He agreed to work with her at Brash and Sassy and was recently willing to commit espionage against Jabot. That’s how much the woman he married more than once means to him. Vickie is also, importantly, the biological mother of his daughter and the adoptive mother of his son. Phyllis can’t match her on any of those points.

Relationship insecurity is common. Viewers are surely aware of that reality outside of soap operas at least indirectly, as the example and heartfelt comments of family members and friends surely attest.

Michael has long been Phyllis’ confidant, dating back to the days of Michelle Stafford. So, it made sense that Tognoni’s version of this classic character would seek out Mr. Baldwin’s input and support.

Michael advised Phyllis to recognize that Vickie wasn’t the problem and to confront Billy. Jack (Peter Bergman) wouldn’t have liked the second part of that suggestion, but wasn’t present in his office to let Phyllis know.

Last week Billy appeared to be implying his guilt when he told Phyllis that some things best remain unsaid. She’s since begun to challenge him on that issue. All the while, Vickie’s plan to position the man she loves and wants back against his current significant other seems to be working.

Y&R hasn’t tipped its hand. It’s possible that ‘Philly’ survives Billy’s betrayal after Phyllis makes him admit to having used her laptop, or he comes clean. But ‘Villy’ seems destined to eventually restore itself, which would please fans of that couple. That reunion would also satisfy those who feel parents should not abandon the responsibilities they created and agreed to. Living together can be a sacrifice, but can also invoke healing over time.

Tognoni is again evidencing why she was specifically hired for this role. Her vulnerable version of Phyllis is starkly different than Stafford’s was. Yesterday’s Phyllis was great. Today’s image fits modern storylines.