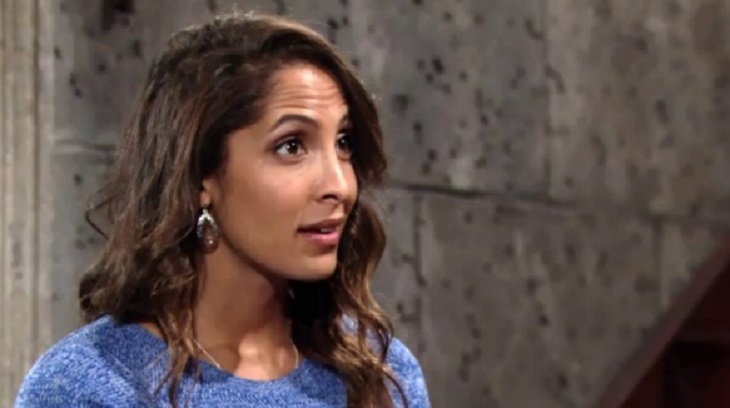 ‘Lane’ was in love for a long time and was loved by many viewers of ‘The Young and the Restless’. But a long-running soap opera must shift character direction in order to present new scenarios to the audience. And so Lily (Christel Khalil) is moving on to Jordan (Darnell Kirkwood).

Lily hasn’t bad-mouthed Cane to her children. She wants them to repair their relationship with their father. Lily hasn’t prevented Cane from having access to the twins and has generously encouraged her soon-to-be former husband’s support of his coming child.

Y&R telegraphed major changes within this storyline months ago. It actually started when Cane needed knee surgery and then appeared inclined to start using pain-killers. But that scenario never played out.

Instead of developing into a Cane-is-unstable arc, Y&R embraced the idea of splitting a well-liked couple. Apparently the writing team, as then led by Sally Sussman, believed ‘Lane’ was staid. That choice evoked memories of when Sharon (Sharon Case) and Nick (Joshua Morrow) were stopped. Though in this instance the unexpected death of a child thankfully wasn’t involved.

Looking back, the Tokyo setting served to introduce Juliet (Laur Allen) as more than a side character. Cane’s second son was created, but that didn’t actually end ‘Lane’. Instead it was Mr. Ashby’s petty jealously that drove him to conspire with Jesse (Max Adler) in Los Angeles months later. Resulting blackmail was eventually uncovered, leading Lily to seek divorce.

Related: The Young and the Restless (YR) Spoilers: Phyllis Holds the Key – Billy’s Future in Jeopardy

Khalil’s talent is being channeled in a different direction. She, along with the likeable Kirkwood, have on-screen chemistry.

While ‘Lane’ fans don’t like it, ‘Lordan’, or ‘Jily’ if one prefers is here now. The dramatic possibilities that will result from two couples and three children are intriguing.

This is Us Chrissy Metz Reveals Dream Guest Stars