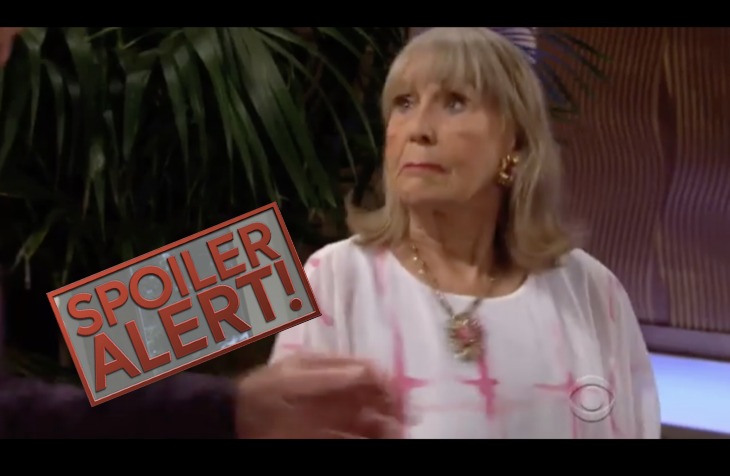 Dina (Marla Adams) has made quite an impact on ‘The Young and the Restless’. Yes, Y&R’s former writing team, which was led by Sally Sussman wrote Adams back into the show in fine fashion. Here’s hoping that executive producer and current head writer Mal Young allows this great character and fine actor to continue indefinitely.

Unpredictable. That’s one word that describes Dina. Some Genoa City characters, including Ashley (Eileen Davidson), Jack (Peter Bergman), Graham (Max Shippee), Nikki (Melody Thomas Scott) and others have chosen to use other words, or phrases to describe the virulent Madame Mergeron.

Related: The Young and the Restless (YR) POLL: Who Is 2017’s Most Detestable Character?

Let’s pause for a moment and consider what Adams, at the young age of 79 has accomplished since returning to the cast this year. Any viewer who is within her age range surely can appreciate what she’s accomplished. All others can only hope to be as productive just prior to turning 80.

Dina was initially written into Y&R in 1986. She helped to flesh out the Abbott family’s pained history. Adams briefly reprised her role in 1991 and 2008, before returning to the cast in 2017.

In recent weeks Dina suffered a mini-stroke, was whisked to Florida by Graham and made a remarkable recovery, returned to GC, accidentally burned down The Underground, slashed Nikki on the arm, then escaped Newman Towers to go on an adventure. Adams’ skill was spotlighted in each referenced scene, as her nuanced portrayal of this now-sympathetic lady proved strongly, engrossing.

Great actors demonstrate range. In this instance two separate writing teams have provided Adams with engaging scripts. Adams has proven since her return the ability to consistently deliver outstanding work, either individually, or as part of a varied ensemble.

Hopefully Young wants Adams to remain with the cast after her current arcs end. Dina’s place in the show is unique and affords immeasurable opportunities for other textured storylines.

Dancing With The Stars Season 25 Semi-Finals Spoilers – The Dances and The Music!