The Young and the Restless (YR) Spoilers: Chelsea Must Explain Her Past – Jordan’s Reputation Wrecked 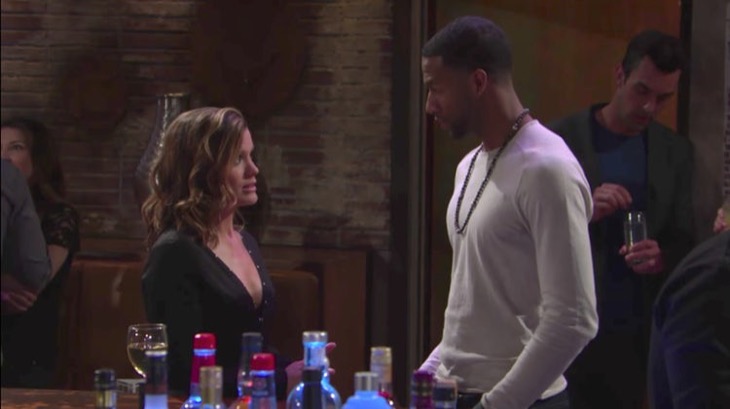 Chelsea’s (Melissa Claire Egan) past will be inadvertently revealed by Hilary (Mishael Morgan) on The Young and the Restless. The GC Buzz owner’s expose on Jordan (Darnell Kirkwood) will lead to Nick’s (Joshua Morrow) significant other’s reputation being damaged.

Y&R has lengthened the backstories of Jordan and Chelsea in recent months by having had them work together years ago. This was, of course, before both characters were on the show. The revelation that both people were linked established an inevitable double shock that is now playing out.

Chelsea 2.0 will be hit by the dirt Hilary dropped. How Mrs. Newman handles the business fallout is just one issue. Explaining what the former Miss Lawson, or whatever aliases were used way back when, did to the man she loves will be another matter entirely.

Related: The Young and the Restless (YR) RUMOR: Three Women’s Lives In Danger – Who Survives Among Juliet, Crystal and Hilary?

Jordan has previously referenced his shame at having been involved in shady dealings prior to arriving in Genoa City. Chelsea was a fellow grifter who used her creative talents to make money before also going legit. She also wanted to keep her past amoral choices sealed.

Viewers saw the spark to the current storyline as soon as Hilary learned that Lily (Christel Khalil) put Jordan in the friend zone. That information came after Jordan wanted to take Hilary up on her offer to reconnect. Hilary subsequently threatened Jordan during a verbal battle that included a drink being thrown in Mr. Wilde’s face.

Jordan advised Hilary that he’d retained copies of photos he’d taken of her. The implied threat was that he would publicly expose the host of the ‘Hilary Hour’ if she tried to damage his reputation.

Hilary broke into Jordan’s GC Athletic Club suite intending to retrieve a flash drive with said retained images. But she found far more than those pics. Fake ID’s from California and Illinois were then taken and then shown on Hilary’s TV show.

Now, as Jordan and Chelsea, have their written histories explode in real time connected family and friends will be reeled in. Each person’s life is sure to be altered. But will one, or both people choose to change Hilary’s existence as well?