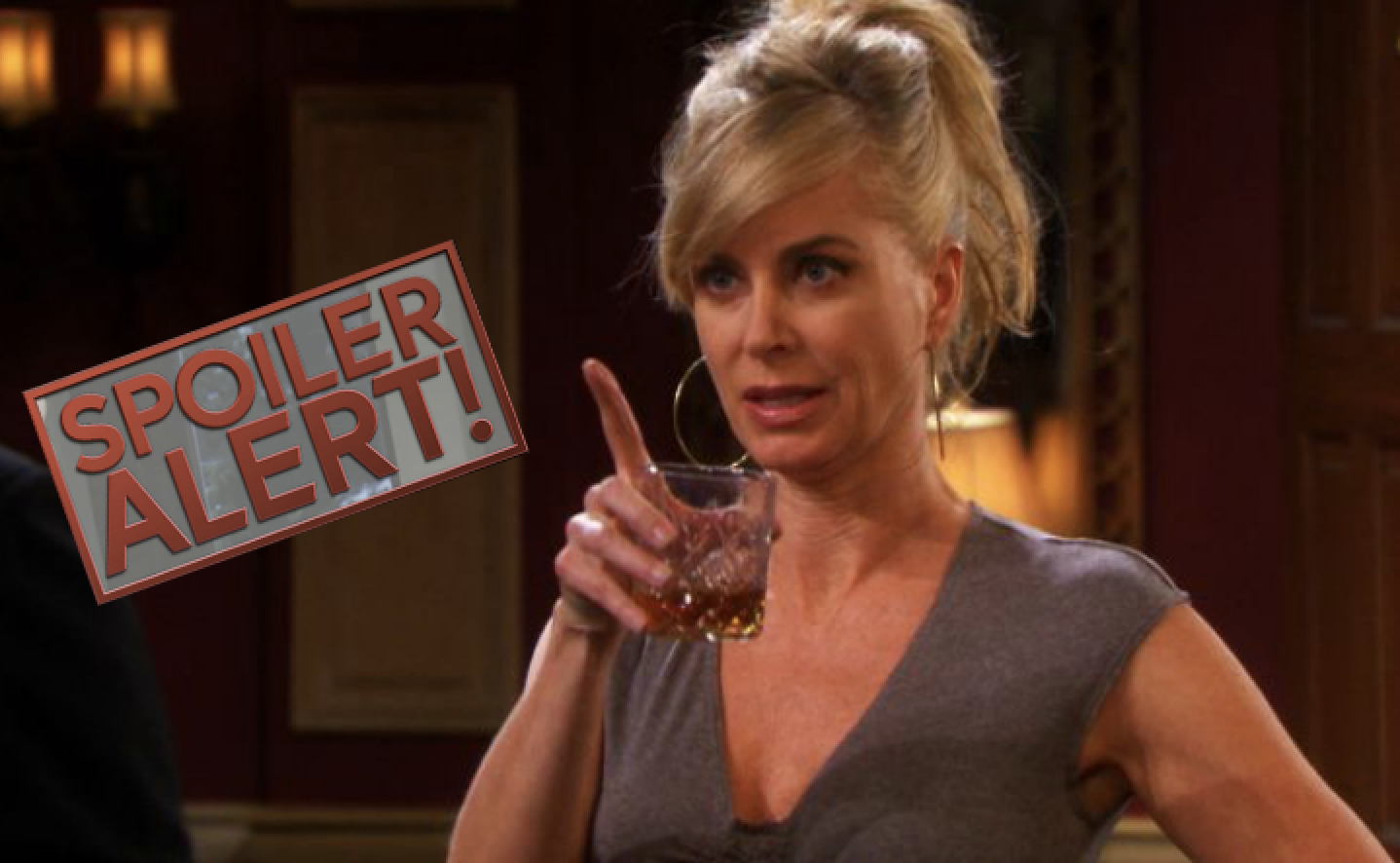 Days of Our Lives (DOOL) spoilers reveal that Eileen Davidson is sticking around a bit longer than expected. While Susan Banks’ scheme is headed for disaster, there is something else to look forward to. Kristen DiMera’s return has been confirmed.

Eileen Davidson’s return was teased for several months. However, her exact role was not released until right before her debut episode aired. In total, the actress has played six characters on the soap. Right now, we are seeing Susan Banks. However, Daytime Indulgence confirmed Davidson is playing dual roles, one of them being Kristen DiMera.

Even though Kristen was killed by Marlena Evans (Deidre Hall), the body was never found. This left an opening for the character to come back.

Days of Our Lives spoilers teased that there would be more than one dead character showing up. Will Horton (Chandler Horton) was resurrected, Deimos Kiriakis (Vincent Irizarry) is in flashbacks and now we have Kristen DiMera miraculously surviving the fall that should have killed her.

There is speculation that Susan Banks could be Kristen in disguise. This is a possibility, but it is also likely that Kristen could roll into Salem after Susan leaves. All that is being revealed is that Kristen DiMera will be seen “very soon.”

Days of Our Lives spoilers reveal that Susan Banks tries to get Will Horton (Chandler Massey) to leave town with her. Obviously, he stays in Salem. However, that gives a hint that Susan will either vanish or be arrested. That is happening on Friday, so expect to see Kristen right after that.

There is no word on what brings Kristen back to Salem. However, she will likely be up to no good, perhaps wanting revenge. When she reportedly “died” in 2015, the baby she gave birth to, Tate, was confirmed to actually belong to Brady Black (Eric Martsolf) and Theresa Donovan (Jen Lilley).

Could she want Tate back? Or does this have to do with Marlena pushing her out of a window? She also might be interested in what is going on with the DiMera family. Whatever her storyline is, fans can be assured it will be filled with shock, drama, and intensity.

The Young and the Restless (YR) POLL: Who Is 2017’s Most Detestable Character?