‘The Young and the Restless’ Spoilers Friday, January 13: Devon Dreams of the Crash – Reed Puts Billy in Awkward Position – Victoria and Jill Fight 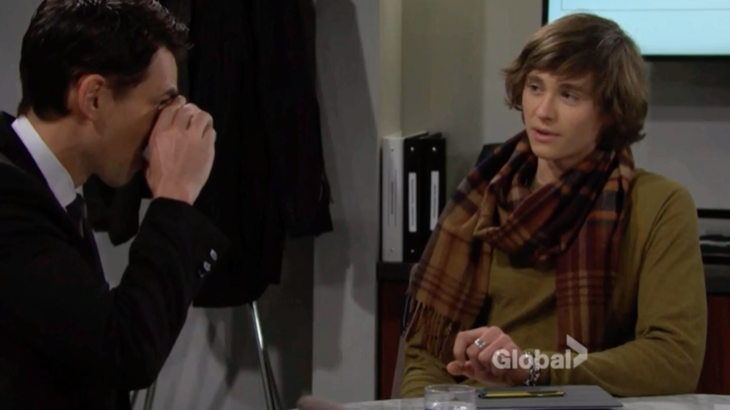 “The Young and the Restless” spoilers for Friday, January 13, tease that Devon (Bryton James) will struggle to remember anything about the night of the crash. At the hospital, he notes that crazy dreams are all he has to go on. Hilary (Mishael Morgan) wants Devon to focus on regaining his strength.

After Stitch (Sean Carrigan) approves Devon’s release, Abby (Melissa Ordway) gets confused. She doesn’t understand why Devon is going home with Hilary. Devon is equally perplexed by Abby’s reaction. Hilary covers that Abby may think she isn’t capable of taking care of him. She’ll promise that she has everything under control.

Lily (Christel Khalil) gives Abby updates on the situation in the waiting area. Stitch reiterates that they don’t need to stress Devon out with the truth. Lily still hopes Devon will dump Hilary eventually, but Abby suggests forgiveness is an option.

A little later, Lily asks Stitch about the chances of Devon recalling that night. Stitch doesn’t know if it will happen, but he’s certain it will be traumatic if it does. Elsewhere, the press pester Jack (Peter Bergman) about alcohol possibly being a factor in the crash. He doesn’t offer a comment.

Related: Who Do You Want Billy With Phyllis Or Victoria? VOTE!

Jack tells Neil (Kristoff St. John) about the relentless reporters, but Neil doesn’t agree to give them a statement. He feels like Hilary needs to be the one to deliver the news. Neil thinks Devon will divorce Hilary once everything comes out.

At their penthouse, Hilary cares for Devon and he’s grateful. Devon can’t believe he almost died, but Hilary doesn’t want to dwell on it. She thinks they should take their second chance. Later, Devon has a nightmare about the accident. He recalls driving recklessly and the crash jolts him awake.

Other “Young and the Restless” spoilers say Victoria (Amelia Heinle) will argue with Billy (Jason Thompson) about respecting boundaries. At Brash and Sassy, Victoria notes that Billy isn’t going to be a father to Reed (Tristan Lake Leabu). Billy feels like he can be a pal, but Victoria isn’t on board with that idea either.

Victoria needs Billy to be an adult in this situation. He’s offended and wonders if Victoria doesn’t think he’s a good dad. Victoria settles down and states that she just doesn’t want him to cross the line. Reed shows up to get help with an essay, but Victoria thinks she should guide him instead. Billy agrees that he’s too busy to pitch in right now.

Jill (Jess Walton) pipes up that she can take over while Billy aids Reed. Once Billy and Reed step in the other room, Victoria scolds Jill for butting in. Jill believes Victoria still loves Billy deep down. Victoria scoffs and continues her tirade, but Jill looks pleased as she saunters out.

Reed asks Billy to keep a secret from Victoria. He needs help with something, but she can’t know. Billy is hesitant, but eventually caves in. Reed shows off some condoms, which makes Billy uncomfortable. He thinks Reed should turn to his dad. Reed promises that he’s already been given the sex talk. He just needs Billy to elaborate on a few things.

After Reed leaves, Victoria apologizes to Billy for overreacting. She points out that he was only helping with homework, so it wasn’t a big deal. Victoria thanks Billy for his assistance. If Victoria ever finds out what they really talked about, she’s not going to be happy.

It sounds like Reed is going to cause more problems as this storyline moves forward. Y&R rumors hint that Victoria and Billy will face additional confrontations, but they’ll manage to grow closer as well. Stay tuned to see what else is in store.

Get Exclusive THE YOUNG & THE RESTLESS News & Updates!

‘EastEnders’ Poll: Did Roxy And Ronnie Mitchell Get A Proper Sendoff? VOTE!

WATCH: ‘The Young and The Restless’ Preview Video Friday, January 13