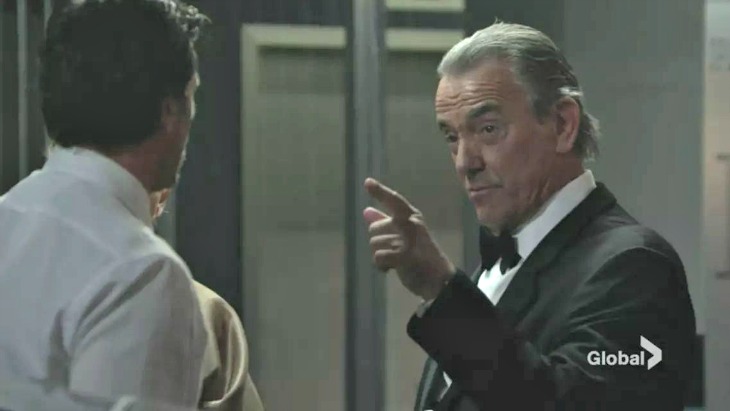 Once upon a time Nicholas (originally played by Marco and Stefan Flores) was just a baby boy on ‘The Young and the Restless’. Then, two other child actors, Griffin Ledner and John Nelson-Alden separately assumed the role. But tenured Y&R fans know that this character was SORAS’d in 1994, when Joshua Morrow joined the cast. And through the years this fine actor has consistently projected a privileged brat who detests his father, as the script suggests.

Oh it’s easy to cite chapter and soap opera verse about Victor Newman’s (Eric Braeden) many misdeeds. He’s often been as dark a personality as his attire reflects.

Yet Christian Miller, which was Victor’s given name before he chose a different moniker and became a new man (Newman), survived a childhood that was the complete opposite of what ‘Prince Nicholas’ was offered.

It’s taken a number of weeks, but Victor returned his son’s pugilistic favor by rapping on Nick’s left cheek. Then Nikki (Melody Thomas Scott) arrived in Newman Enterprises’ garage, which served as a pop-up gym and became a gowned referee. 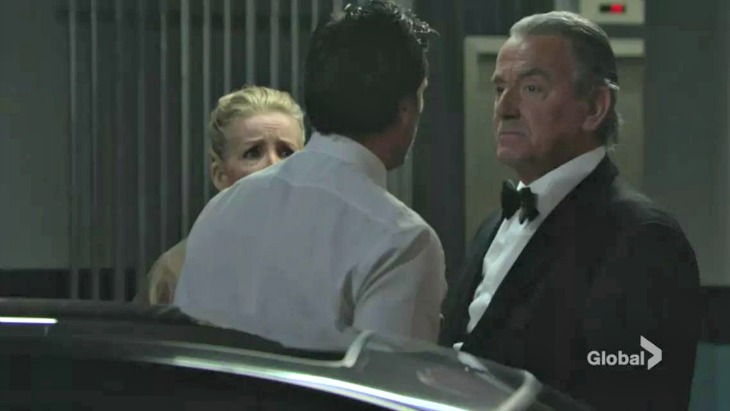 Nikki’s night of triumph was wrecked by sonny boy’s latest petulant protest. The prince was shamed into admitting that he’d sabotaged a sound board as part of a failed attempt to stop the charity concert his father visualized.

Using the same twisted logic as Victor often has, Nick decided to play demigod. Like his dad, he played the role of an inferior deity who attempted to control his corner of the world.

Nikki and Jack Share A Kiss, Sparks Fly – The End Of Niktor?

Nikki was mortified that her only son had once again morphed into a carbon copy (1994-ish reference) of the ‘Black Knight’. Fittingly, the man whose devised that and other nicknames for Victor walked into the underground parking lot.

Nick sped off in his luxury car. Victor returned to the Top of the Tower. Hilary (Mishael Morgan) and Howard (David Faustino) absconded with their unauthorized video footage. And Nikki asked Jack (Peter Bergman) to get her out of there. Yes, it was like a daytime version of an MMA pay-per-view.

Soap Opera Spy is a leading source for everything linked to ‘The Young and the Restless’.  Check back for more Y&R spoilers and news right here.