The Young and the Restless Spoilers: Reed and Mattie Story – Summer Souls Welcomed 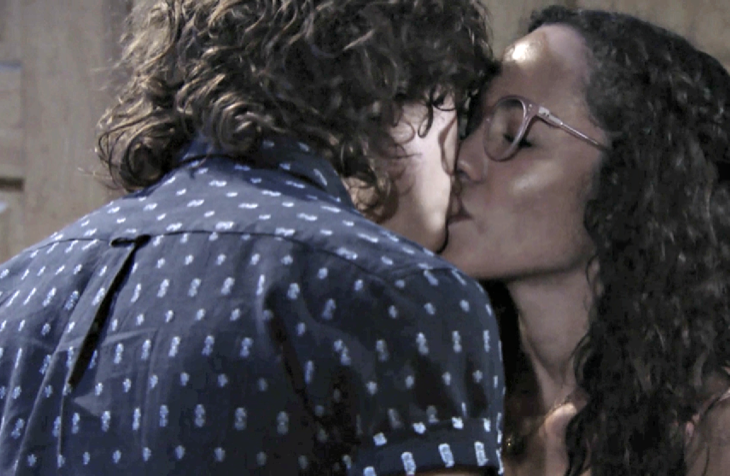 It’s nice to see a heartwarming tale playing out this summer on ‘The Young and the Restless’. Two high school-age kids like each other. The Reed (Tristan Lake Leabu) and Mattie (Lexie Stevenson) characters, individually and now together, combine to create a classic soap storyline.

SORAS’d Reed was projected as the bad boy upon his arrival in Genoa City on New Year’s Eve. However, fans quickly saw that he was a good-hearted kid who simply was looking for structure and love, which has been subsequently provided.

The SORAS’d version of Mattie is a delightful addition. Stevenson perfectly plays the bookish girl who’s trying to fit in. She has sibling issues, but Charlie (Noah Alexander Gerry) has basically been protecting his sister whenever he’s questioned Reed’s motives. Gerry is evidencing depth beneath Charlie’s gruff exterior.

One of the intriguing aspects to this pairing involves Reed’s mom (Victoria, Amelia Heinle) having had to fire Mattie’s dad (Cane, Daniel Goddard). That made for a recent well-played scene where Reed, Mattie, and Charlie confronted Juliet (Laur Allen) at Crimson Lights.

Related: Greg Rikaart Returns To The Young And The Restless – Confirmed!

For the first time, all three kids were on the same side. And, the mother of Mattie and Reed’s soon-to-be-born sibling was at the center of the picture. Yes, the Ashby kids will be seeing more of her whether they want to, or not.

Mixed in with some compelling Y&R narratives and soapy angles is this solid arc that viewers of any age can relate to. In days gone by Reed and Mattie would have been embraced by many real life kids who were on summer break and happened to catch the show with their mom’s and maybe dad’s as well.

Related: The Young and The Restless Preview Video Monday August 7

Various cultural pulls have lessened the amount of viewers in Reed, Mattie and Charlie’s age range. Today that terms is also known as a demo(graphic). However, there surely are some kids who still watch and like what they’re seeing.

All three youthful additions to Y&R’s cast are welcomed. Each actor is doing a fine job as their respective characters grow. Kudos goes to all involved and to the casting job that was skillfully done.

The Bold and the Beautiful POLL: Sheila, Quinn or Katie – Who Is Your Favourite Crazy? VOTE!