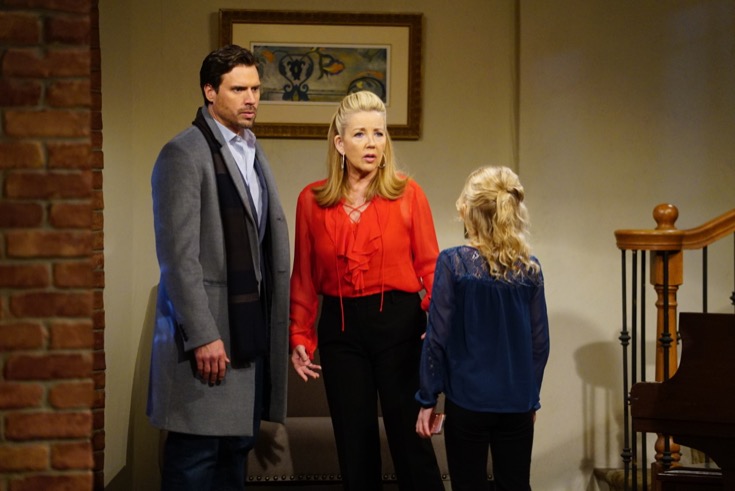 Nikki (Melody Thomas Scott) hit the right note with Faith (Alyvia Alyn Lind) on ‘The Young and the Restless’. Playing the role of the kindly grandmother, Nikki advised her granddaughter that she was wise to her manipulation game and didn’t approve. Faith then openly discussed her feelings about ‘Chick’.

It’s not that Faith dislikes Chelsea (Melissa Claire Egan), actually it’s quite the opposite. In the recent past she even encouraged her dad to spend time with her aunt (Chelsea). But Dylan’s (Steve Burton) departure changed Sharon’s (Sharon Case) personal circumstances and Faith’s desire for her parents to reunite.

Beyond Faith, there are various Y&R fans who would like to see Sharon and Nick together again. However, the passage of time seems to have diminished the zeal of all true believers and the numbers of people who actually saw Case and Morrow work together in the 1990’s. And there also are detractors who believe that Sharon and Nick shouldn’t reunite due to proven bad chemistry.

It is interesting to consider why Case and Morrow were never written back together. It’s almost as if there’s more to this story than has been revealed. Why would all writing regimes since ‘Shick’s’ divorce not have created a new long-term pairing of this couple? Complete speculation on this scribe’s part, but also hardly able to be dismissed by all who think this type of conjecture isn’t reasonable.

Y&R made a deeply controversial decision to split ‘Shick‘ through the arc of Cassie’s (Camryn Grimes) death during the last decade. However that conclusion was made would be separate from subsequent writing teams and team leaders choosing to continue that status quo. Devoted fans will also recall that Sharon and Nick nearly remarried, but Gina Tognoni’s (Phyllis) debut stopped that revival.

On a pure plot basis, it would seem best for Y&R to wrap up Faith’s trouble-making ways. Her reactions made sense, but seem played out. Possibly this talk with Nikki was intended to complete that portion of Lind’s storyline.

The Walking Dead Season 7 Episode 12 Spoilers: Rick & Michonne Work Against Time- Will Rosita Do Something She Regrets