The Young and the Restless (YR) Spoilers: Abby Transfers Feelings To Scott – Sharon Must Keep Watch 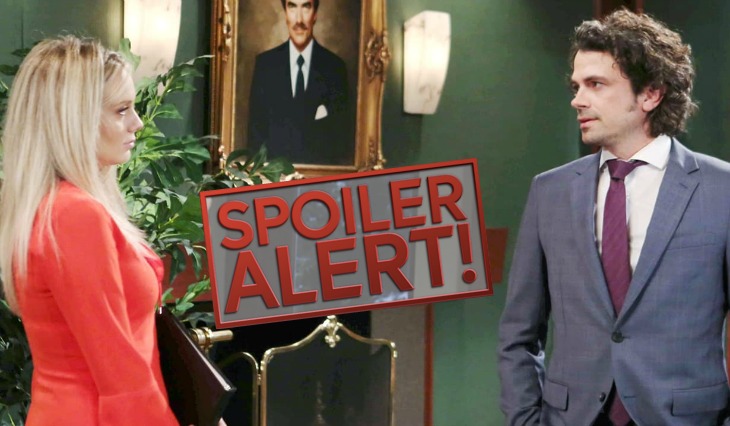 Abby (Melissa Ordway) swiftly transferred her feelings from Zack (Ryan Ashton) to Scott (Daniel Hall) on ‘The Young and the Restless’. While she wasn’t deeply in love with Mr. Stinnett, Abby had temporarily fallen for the guy before he was recently written out of the soap world. Sharon (Sharon Case) is wise to Abby’s latent romantic interest and has deepened her commitment to Scott as a result.

Scott was surprised that he was asked to move into the cottage. Sharon’s request to him to do so was two-fold. First, she could take the next step with a man she recently told Nick (Joshua Morrow) that she loves. Second, she could attempt to cut off any opportunity Abby might take to invade her relationship.

Related: The Young and the Restless (YR) Spoilers: Abby Should Stay Away From Scott – Stitch Return Requested

There’s a problem though, as Y&R viewers know. The aforementioned Zack held Abby hostage a few weeks ago, as Scott trailed them. The trio would up at a storage facility where Zack subsequently locked Abby and Scott into a unit.

‘Scabby’ formed that night. Whether their connection leads to Abby giving birth to Scott’s baby is unknown. Abby could also give birth to Zack’s baby, though that child would never know her or his dad. The writing staff could also be teasing the audience and Abby may not be pregnant. Though that scenario would seem the least dramatic.

‘Shott’ evolved nicely and has become a true couple. Sharon knows that she needs to defend what she’s earned in order to keep it.

Yes, Scott made a mistake. But the storage unit circumstances were life-threatening and caused him to flashback to when he’d been held hostage in the past.

Sharon doesn’t know what happened with Abby. Hopefully that secret, even when it’s eventually revealed, as it assuredly will be, won’t break ‘Shott’.

Abby is developing feelings for Scott, as Vickie (Amelia Heinle) took note of at the Newman Ranch tree-lighting ceremony. That makes two women who dislike Abby and are aware of her seeming romantic intentions. Sharon, in particular, won’t have anything to worry about as long as Scott maintains focus on his current significant other.