The Young And The Restless Spoilers: Is Juliet Truly Evil Or Just Misunderstood? 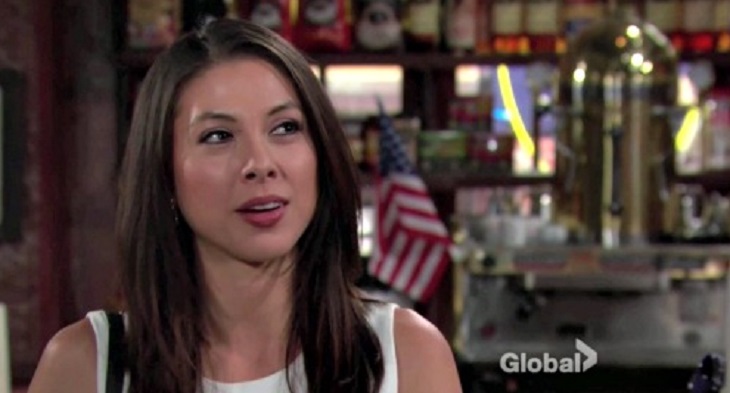 “The Young & The Restless” spoilers give a closer look at who Juliet Helton (Laur Allen) is. Although Juliet has been in the storylines for some time now we really do not know a lot about her. Is she a decent, good person who just made a bad choice? Does she truly have an evil side? Does she have a chance of being a family with Cane and their baby boy, or is she just simply the other woman?

Y&R sources Soaps In Depth shared that Laur Allen believes that people are not simply good or evil, but that they have layers. The storyline has really only shown how much this has affected Cane’s life with his family. While Juliet does not have a family, it is still a huge undertaking being a single parent. Cane has claimed to step up and be there, a teammate in raising a child with Juliet, but will that be all they become, teammates?

It is hard to believe that Juliet intentionally intended to get pregnant and break up Cane and Lily’s marriage. After all, she is only human, a woman working to build her career, made some bad choices and now living with the consequences of those actions.

“The Young and The Restless” spoilers reveal that Juliet did intentionally take legal action against Cane by suing for sexual harassment. Was this an evil act? While one of Genoa City’s biggest pot stirrer, Hilary Curtis (Mishael Morgan) may have been in Juliet’s ear, Juliet was not forced to pursue legal action. However, we have to remember, Juliet had just moved to a new country, working to build her career, was fired from her job, and learned she was pregnant. Juliet had to be feeling the stress, back against the wall, how was she going to provide for herself, and now she had a child to think about too.

Y&R fans believe that Cane and Lily are this super couple who could overcome anything. Many taking this split hard with rumors floating around that Jordan is the real ‘baby daddy’ and he and Juliet are working to break Cane and Lily up. While that is only a rumor and Laur Allen claims not to know what is happening she did share that “People hide things all the time.” So sounds like we are going to have to just sit tight and stayed tuned in to see what unfolds. We might even gain more insight into Juliet’s life, as there is still much to learn about this beautiful brunette.

So what do you think Is Juliet good, evil, or just the other woman? Leave us a comment below and share your thoughts. You can catch “The Young and the Restless” weekdays on CBS. Be sure to check back here at Soap Opera Spy, your “Y&R” source for news, updates, spoilers and so much more!

Soap Opera Ratings Week of September 4-8: Every Daytime Drama On The Rise – Young And Restless Reigning Champ This Week!